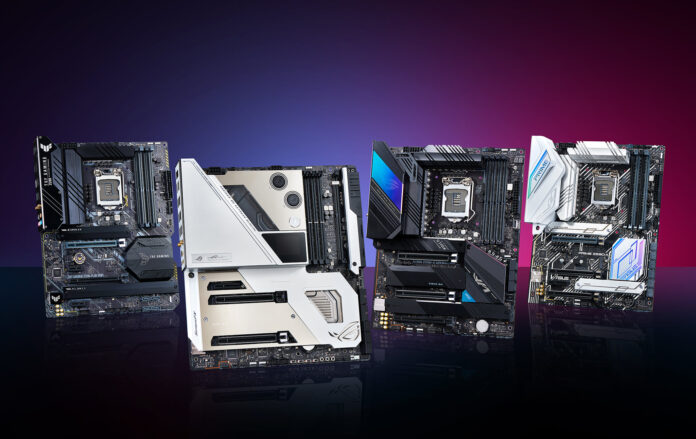 If you are upgrading from the previous generation then you can check out our article covering the differences between the Z590 and Z690 chipsets. The following is what you need to know about the Z690, H670, B660, and H610 chipsets:

The Z690 chipset is the top-of-the-line variant that has all the bells and whistles. It is the only chipset that supports CPU overclocking as long as you have a K-series CPU. Intel Z690 chipset adds new PCIe 4.0 lanes. The new CPUs have a better PCIe Gen4 link to the chipset which doubles the bandwidth to 15.76 GB/s compared to 7.88 GB/s on X570 and 7.70 GB/s on Z590. The new chipset supports up to 24 Gen 4 lanes. This makes things better when it comes to the integrated Wi-Fi 6E and 2.5G Ethernet to co-exist with other features such as 10G Ethernet and 20G USB ports. 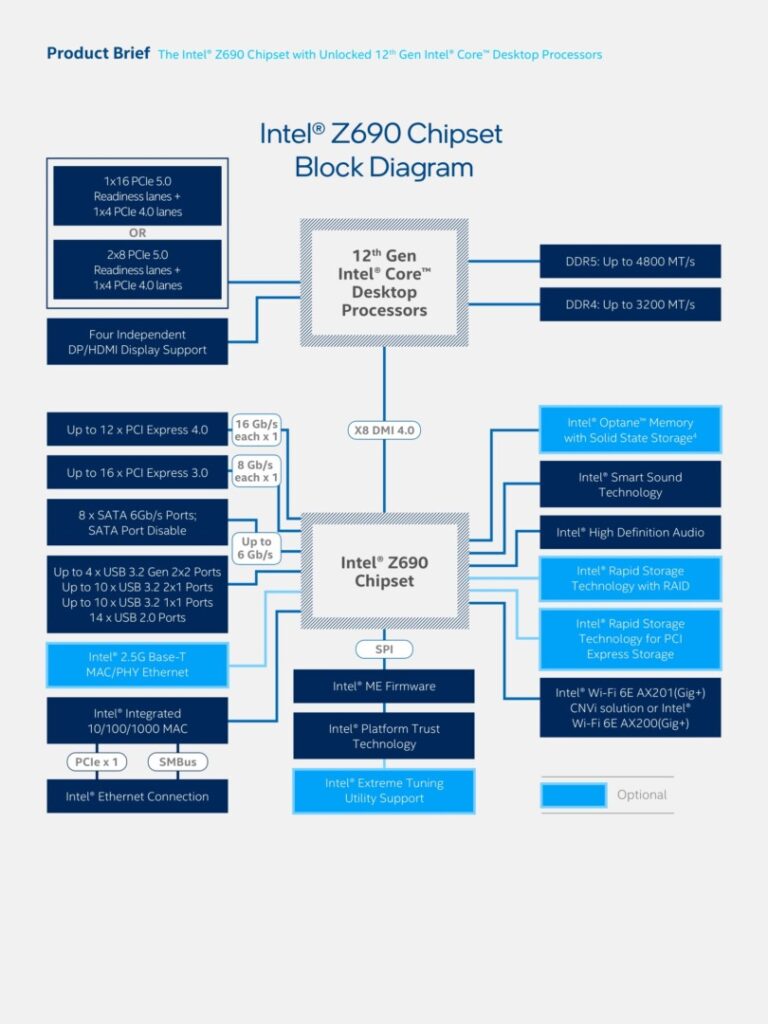 Intel Z690 is the first chipset to support DDR5 but DDR4 support is there as well. While the controller supports both, it is worth mentioning that you cannot run both at the same time. With DDR5 internal bottlenecks have been removed and the power management has been moved to the DIMMs rather than taking up space on the motherboard itself. You also get better-overclocking control. The new XMP 3.0 allows memory manufacturers to have 3 Vendor profiles. You also get 2 rewritable profiles. Voltage can be controller per module.

H670 has most of the I/O that the Z690 chipset offers but you cannot overclock the CPU. So you should not pair it with a locked CPU. Memory overclocking is supported as long as the CPU supports it as well. 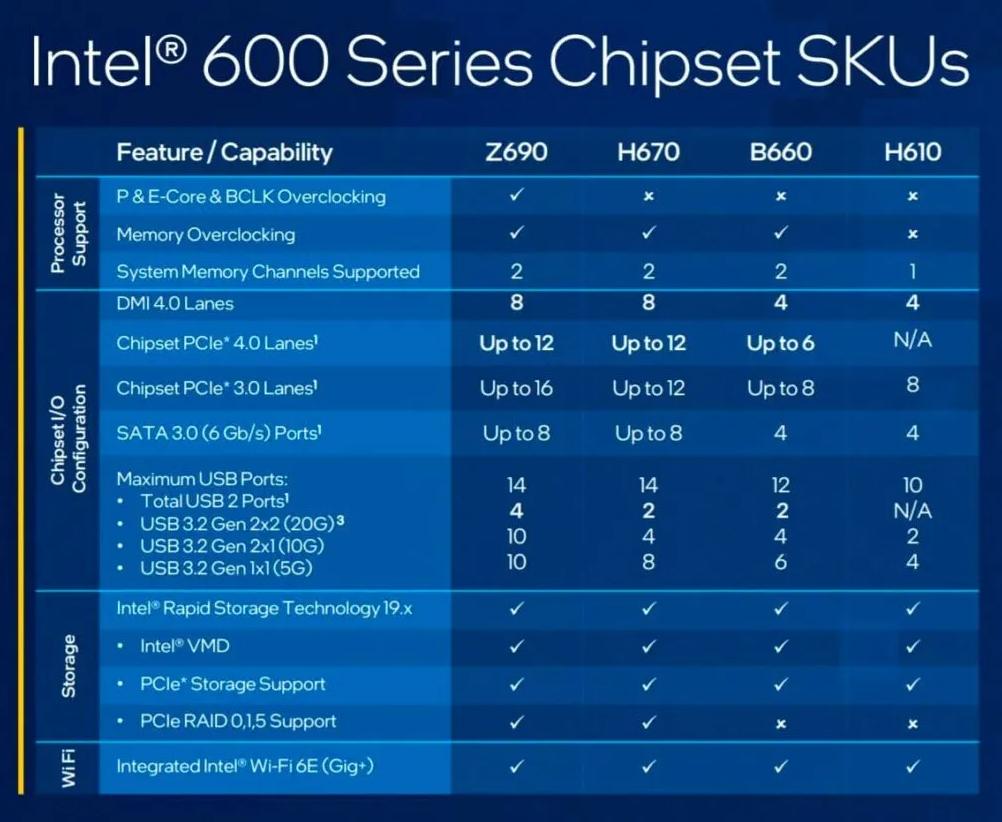 If you are interested in buying one then you can check our recommended B660 motherboards that you can buy right now.

H610 is the entry-level option with simple I/O and the NVMe slots are not attached to the processor. Unlike the above-mentioned chipsets, H610 does not support memory overclocking. You cannot overclock the CPU. So you should not pair it with an unlocked CPU.