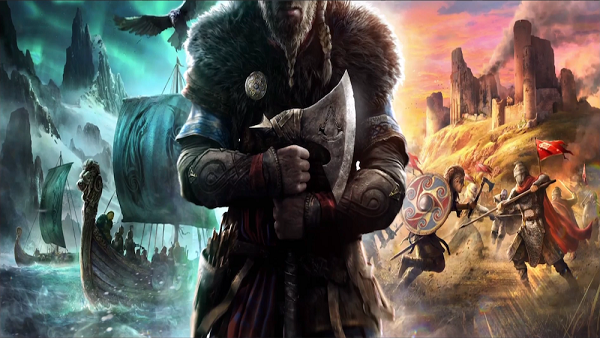 The lead character of Assassin’s Creed Valhalla, Eivor, can be played as both male and female. The option transitions to Valhalla right out of Assassin’s Creed Odyssey. Players will be able to choose their preferred gender when playing the game, confirmed creative director Ashraf Ismail.

We saw the lead character of Assassin’s Creed Valhalla for the time today in the CGI reveal trailer. Avor is a Viking raider from Norway who is willing to put his/her life on the line to protect the people. We will see Eivor leaving Norway for the rolling green hills of England (although it wasn’t called England at the time). The journey starts in Norway and takes the player all the way to England. We saw them taking sail to England in the CGI trailer as Eivor and his people prepare to raid in an attempt to settle.

However, many Kings of the lands don’t take kindly to outsiders trying to settle in. The Vikings will have their hands full.

Assassin’s Creed Valhalla is set between 793 and 1066 CE. More details are yet to arrive but it seems the Creed and Templars are back in the limelight and are one of the primary focuses of the plot. We a glimpse of an Assassin as well as the Templar flag during the battle scene.

Assassin’s Creed Valhalla is slated for a holiday 2020 release. According to Ubisoft, Valhalla is a cross-gen title for PS4, Xbox One, PS5, Xbox Series X, and PC. As always, there were rumors of a Nintendo Switch version, but no news on that front for now.