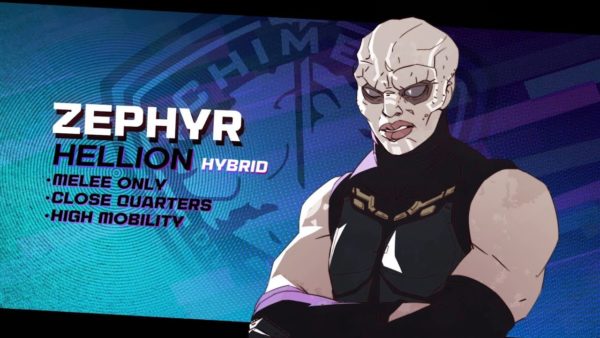 Our XCOM Chimera Squad Zephyr Build Guide will help players with how to effectively use Zephyr in battles and how to unlock her abilities.

Zephyr is a Hellion class Hybrid agent in XCOM Chimera Squad. This agent specializes in melee only attacks, close quarters, and high mobility.

Given that Zephyr only specializes in melee attacks, it doesn’t have any ranged weapons and starts out with Pangolin Gauntlets. The following are the base stats for Zephyr.

All of the Zephyr’s abilities more-or-less revolve around melee attacks. The following are all of her abilities along with how to unlock them.

Crippling Blow
Zephyr punches the target enemy and inflicts one of several status effects which include Disarm, Disorient, Stun, and Root. This attack has a 100% chance of hitting the enemy and also triggers Momentum ability.

Fearless Advance
After the breach, using this ability Zephyr can blitz towards an enemy and hit them with a melee attack. This will position Zephyr near the enemy and if the enemy is alert then the alert breach action will be canceled.

Momentum
With this ability, Zephyr is immune to root after using the Crippling Blow and gains an additional move action.

Parry
Using the Parry ability, the extra action from Momentum can be used to prevent damage from the next attack instead of moving. This ability unlocks at Deputy Agent rank.

Lockdown
Triggering this ability will make Zephyr attack any enemy in the melee range. Unlocks at Field Agent rank.

Crowd Control
This ability allows Zephyr to hit all nearby enemies before returning to her original position. It has a cooldown of two turns and unlocks at the Special Agent rank.

As I mentioned above, Zephyr can only use melee attacks. Her Overwatch ability is very useful as it deals significantly high damage. Players can pair Zephyr with either Torque, Verge, or Shelter to take advantage of her Overwatch ability.

Also, Zephyr’s Pressure Point ability can gather more intel. Not only that, if players have an objective where they have to grab an item, Zephyr can not only grab the item but can punch an enemy on her way back.

That is all for our XCOM Chimera Squad Zephyr Build Guide with tips on how to effectively use Zephyr and how to unlock her abilities. For more on the game also see our Cherub Guide and Verge Guide.