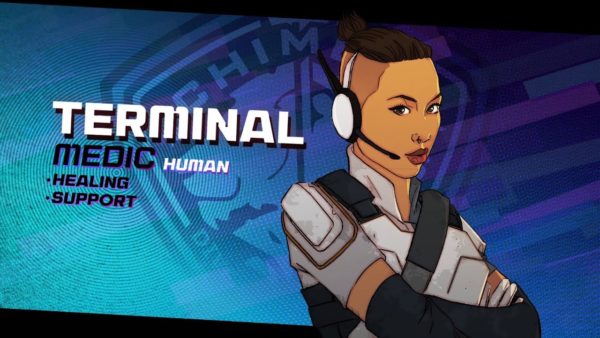 XCOM Chimera Squad has more than enough options for players to build a squad that suits their playstyle. Our XCOM Chimera Squad Terminal Build Guide will help you with all of the abilities of the agent and how to effectively use this particular agent in battles.

Terminal is a Medic class human agent in XCOM Chimera Squad. This agent starts out with a submachine gun and specializes in Healing and support. Meaning, this agent won’t help much in terms of combat but can support other agents who get injured in the battle. The following are the base stats for Terminal.

Terminal has unique abilities of her own that’ll help players a lot in the battle. The following are all of the Terminal’s abilities along with what they do and how to unlock them.

Safeguard
If any of the agents are burning, or have acid, and poison effects, using the Safeguard ability, Terminal can send Gremlin to remove those effects and restores 4 HP. Terminal can use the ability on herself too and doesn’t automatically end the turn.

Hack Door
Using this ability, Terminal hacks open the door at the start of the beach.

Gremlin Stabilize
If an agent is bleeding out, this ability will send the Gremlin to the downed agent and will stop the agent from bleeding out.

Refresh
Heals all members of the squad with 2 HP at her breach point. However, this ability can only be used once per mission and unlocks at the Deputy Agent rank.

Sustain
If Terminal takes some serious damage and starts to bleed out then she can use the ability to reduce herself to 1 HP and immediately enters stasis for one turn in change for stopping the bleeding out effect. This ability is also one use per mission and unlocks at the Field Agent rank.

Pin Down
This is a very useful ability as the target enemy’s turn will be pushed down the timeline. Pin Down has a two-turn cooldown and unlocks at the Field Agent rank,

Cooperation
Using this ability, Terminal will coordinate with a nearby ally, who isn’t impaired and will grant them an immediate bonus action. The ability has three turn cooldown and unlocks at the Special Agent rank.

Armor System
This ability upgrades the Safeguard ability that not only heals but also provides +1 armor to the protected ally. This unlocks at the Senior Agent rank.

Resilience
At the end of every encounter, Terminal fully heals herself. Unlocks at the Senior Agent rank.

Terminal isn’t an agent that is very good in combat. So don’t have her attack if there are agents to be healed, except only when you have to or she can kill an enemy quickly who is about the make a move. Only use her to attack when it’s worth the risk.

Given that she is a support agent, Terminal can buff defensive tanks like Cherub and Axiom or she can help Blueblood to boost its damage.

That is all for our XCOM Chimera Squad Terminal Build Guide with tips on how to play with the agent and how to unlock her abilities. For more on the game also see our Godmother Build Guide and Ironman Difficulty Guide.