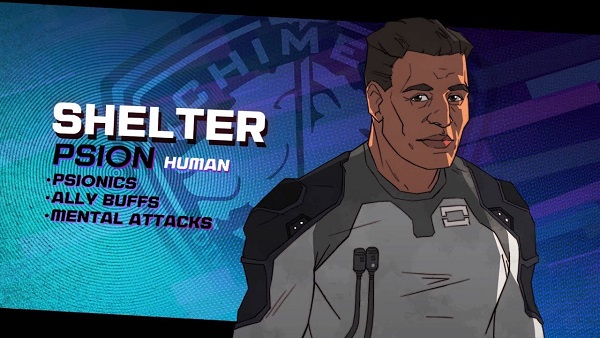 Before we start, it’s a good idea to know how Shelter’s abilities work and synergize with other agents in the game. It’s through a basic understanding of his abilities will you be able to pilot him effectively.

The following are all the abilities at Shelter’s disposal in XCOM: Chimera Squad.

Being a Psion, Shelter works more or less like Verge. As mentioned earlier, Shelter is capable of creating clones with the same abilities and can also relocate allies and enemies. However, while Verge is more on the offensive side of his psionic capabilities, Shelter prefers to rely on the defensive side and let his allies such as Zephyr get in to deal damage.

Relocate is arguably the strongest tool at Shelter’s disposal. The ability to put an ally out of trouble or an enemy in the heart of battles is truly invaluable. Another thing you should not underestimate is his Soulfire which ignores cover, armor, and delays an enemy’s next turn. It is highly situational, therefore, try to make the most of it!