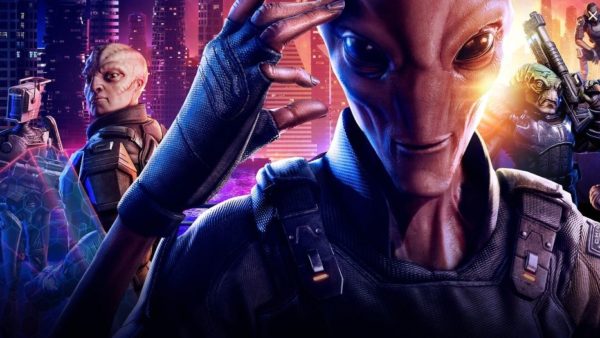 Our XCOM Chimera Squad Headquarters Guide will help you with all of the things and actions that players can perform in the headquarters.

Players will visit the Headquarters are finishing each mission. The headquarters is basically a replacement for the globe menu from previous games. There is a lot of stuff for players to do in the headquarters.

Our XCOM Chimera Squad Headquarters Guide will help you with all of the things that players can do and what information is provided to the players in the headquarters.

City Anarchy is a bar shown at the top of the screen. This tells the player what situation the city is in. If the City Anarchy bar is filled, the game will be over because the main goal of the game is to keep the City Anarchy low by successfully completing missions.

The headquarters also displays the City 31 map. It’s divided into 9 districts. Players need to keep the unrest at low in all these districts and keep them safe.

Here players can make new equipment and improve their equipment. Players can invest in the research for the development of new tech using Elerium. Once invested, players need to wait a few in-game days for the research to complete.

In Spec Ops, players can assign tasks to the members of the Chimera Squad. Players can send the operative to lower unrest in a certain district or to look for supplies. However, once the operative is assigned a task, it’ll become unavailable to take part in missions until the task is complete.

Players can also send their operatives to train. Not only that, training can help rid the wounded hero of the scars.

Players can visit the armory to level up the team members and to modify their equipment.

Here, players can visit the market to buy unique equipment in exchange for intelligence. However, it’s only available during a certain portion of the campaign.

The strategy screen also displays the resources a player has. These resources include Elerium, Intel, and Credits.

Players can select new missions from the City Map screen. While main missions are essential to progress the campaign but, side missions can unlock new missions or unique rewards.

That is all for our XCOM Chimera Squad Headquarters Guide with tips on what you can do in the headquarters. For more on the game also see our Enemy Factions Guide and Difficulty Levels Guide.