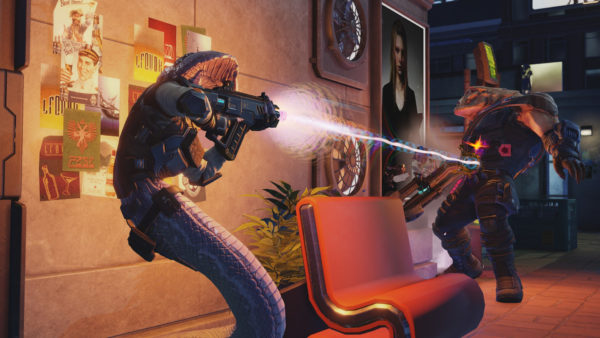 There are a total of 4 main difficulties for players to choose from in the XCOM Chimera Squad. However, aside from the main difficulties, players also have the option of additional difficulty modifiers.

This difficulty level is recommended for the first playthrough, as players will be able to get a better hang of the mechanics, and then they can move up to the higher difficulties. Normal difficulty provides a balanced experience.

With the difficulty set to Expert, the fights will become even more challenging. Not only that, there are increased chances that players will be replaying the missions as they’ll fail again and again.

This is the most demanding difficulty level in XCOM Chimera Squad. We recommend that you at least beat the game once on lower difficulties before playing with Impossible difficulty.

Ironman
Manual saves are disabled with this enabled and players have to rely on a single autosave. However, if you fail a mission then you’ll have to play the entire mission from the beginning.

Hardcore
With this enabled, if players fail a mission, then the entire campaign end there and players will have to start from the beginning. If you think you load a previous save then don’t bother as the game will delete all your saves in you fail the mission.

Extended City Anarchy
This modifier will increase the level of anarchy in City 31. This will give players five extra points to the anarchy bar. With this, the city can survive longer before the anarchy takes over. This also leads to the game over if players fail.

Tutorial
With this modifier, players can enable or disable tutorials while playing XCOM Chimera Squad. It’s recommended that players enable them for their first playthrough, to familiarize themselves with the game mechanics.

Heal Between Encounters
This option allows players to change whether or not they want their squad to be fully healed, half-healed, or disable healing for the squad after each enemy encounter.

What it means is that, each mission that multiple encounters or battles, and players can choose what to do about the squad healing with this modifier.

That is all for our XCOM Chimera Squad Difficulty Levels Guide with tips on each of the difficulty settings and difficulty modifiers. For more on the game also see our PC Controls Guide.