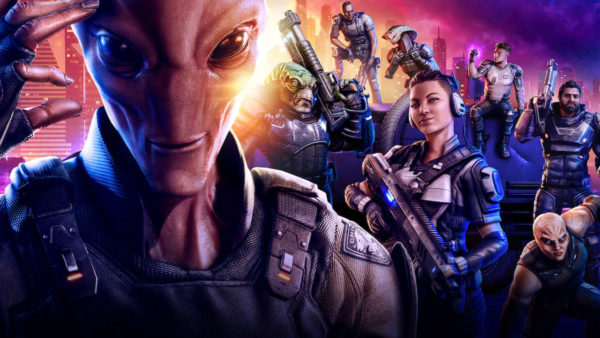 XCOM Chimera Squad PC is facing errors and issues like the crash at startup, black screen at launch, VCRUNTIME140.DLL missing, stuttering, and more. Here I have compiled a list of errors and issues with the game along with their fixes and workarounds.

XCOM Chimera Squad is the latest entry in the franchise and fans are loving it. However, the PC version of the game is facing errors and issues like the crash at launch, black screen, Computer Doesn’t Meet Minimum Requirements, VCRUNTIME140.DLL missing, and more.

Players are reporting that when they launch the game they get the error telling them that their computer doesn’t meet the minimum requirements or graphics. Mostly laptop users are experiencing this error.

The reason why this error is popping up is because of the XCOM Chimera Squad using the integrated GPU instead of the dedicated one. Ther are two ways to do this, the first one is to disable the integrated GPU.

There is another way to do this same thing but it’ll only make XCOM Chimera Squad ignore the integrated GPU. Open Nvidia Control Panel > Manage 3D Settings > Program Settings > select the game from the drop-down menu and if it isn’t there then add it. Once selected, under step 1 -> pick the NON integrated GPU option and apply the change. This will fix the computer doesn’t meet the minimum requirements error for XCOM Chimera Squad.

Players are reporting that XCOM Chimera Squad crashes at launch or doesn’t even start. Here are a few fixes and workarounds that’ll help fix the issue.

For those who are experiencing the game not launching at all issues, this can be fixed by downloading and placing the “D3Dcompiler_47.dll” file in “Steam\steamapps\common\XCOM-Chimera-Squad\Binaries\Win64\”. Once you have placed the file, launch the game and it should work without any crashes.

Another reason for the game to crash at startup is the anti-virus software or Windows Defender detecting the game’s exe as Trojan. Either disable your anti-virus or make an exception for the game’s install folder. Verify the game files, launch the game and it should networking fine.

Also, if the game doesn’t have administrative rights, that could be the cause for it to not start. RIght-click on XCOM Chimera Sqaud’s exe > properties > Compatibility tab > check “run this program as administrator”. Apply the change and the issue will be fixed.

Some players are reporting that when they launch XCOM Chimera Squad they get the error telling them VCRUNTIME140.DLL file not found or is missing. This can easily be fixed by reinstalling Microsoft Visual C++ 2019 x64 Redistributable.

If that doesn’t work for you, then manu8ally download the “VCRUNTIME140.DLL” from the internet and place it in “Steam\steamapps\common\XCOM-Chimera-Squad\Binaries\Win64\” should fix the game. However, I personally don’t recommend it since it can potentially put your system at risk.

XCOM Chimera Squad players are reporting that the game crashes randomly while playing and some get the “Xsolla launcher has stopped working” error.

Now, if you have changed the game’s language, then it might be the cause. Apparently, the game crashes after players change the language settings. This can be fixed by verifying game files and then restarting your PC. Launch the game and the game won’t crash.

XCOM Chimera Squad doesn’t officially have controller support. However, players can still use the Xbox controller with the game. If the game isn’t detecting the controller by default then open Steam > settings > Controller > click on “General Control Settings”.

Steam Big Picture mode will open and you need to check the “Xbox Configuration Support” and press OK. Launch the game the controller will be working with XCOM Chimera Squad. However, to launch the game you still need to use the mouse as the game’s l; launcher doesn’t use the controller.

Performance is a common issue with PC video games and XCOM Chimera Squad players are reporting that they are facing performance issues like stuttering and FPS drops. Here is a workaround that might boost the game’s performance and fix stuttering.

First, install the latest GPU drivers and make sure that there is no background process using too much of your HDD, CPU, or GPU.

Open Nvidia Control Panel > Manage 3D Settings > Program Settings > select the game from the drop-down menu and if it isn’t there then add it. Set Vertical Sync to “On”, set “Power Management Mode” to “Prefer Maximum Performance”, and set “Texture Filtering- Quality” to “High Performance”. Start the game, disable in-game v.sync and the stuttering will be fixed.

If you are still facing the stuttering issue then follow the steps above but set Vertical Sync to “Fast”. Launch the game, disable in-game v.synca and the display should be set at Fullscreen. This will fix the stuttering and will also give you a potential FPS boost if you have a decent enough CPU and GPU.

Black screen is a common issue with PC games and apparently some XCOM Chimera Squad players are experiencing it. Launch the game and when the black screen appears, press “ALt + Enter”. The game will go into Windowed mode and will start to display. Go to the video settings and change the game’s resolution to play it in Fullscreen mode.

That is all for our XCOM Chimera Squad fixes for errors like the Computer Doesn’t Meet Minimum Requirements, game crashing at launch, VCRUNTIME140.DLL missing and more. If you are facing other errors and issues with your PC then also see our hub for commonly occurring PC errors and their fixes.