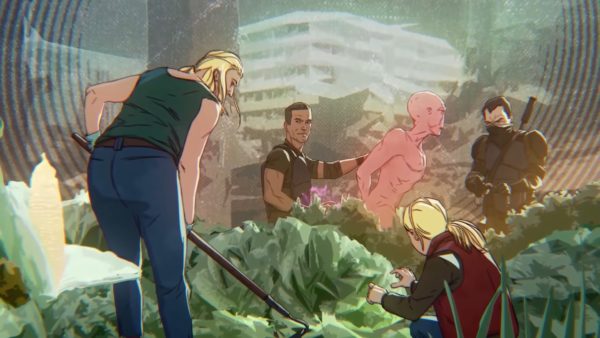 XCOM Chimera is out now and if you have played the previous games then you know that things are not as simple as they might seem. Our XCOM Chimera Squad Guide will help you with what players need to avoid in order to win the campaign.

How To Win Every Time In XCOM Chimera Squad Campaign

XCOM Chimera Squad is a turn-based tactical video game. There are certain things in the game that’ll make players lose the campaign.

Here we will discuss the things that players need to avoid in order to successfully complete the campaign.

While in previous XCOM games players can continue to play if one of the team members die but, that’ not the case in XCOM Chimera Squad.

In XCOM Chimera Squad, if one of the team members die, the game is over. This is because each team member in the game is carefully designed by the developers and each has a unique back story and they even play an important part in the campaign.

To keep squad members from dying, players need to take certain steps and keep some things in mind. A squad member doesn’t die if it’s HP is completely depleted.

Instead, the agent will start to bleed out and an icon will appear above them showing how many rounds remain before it dies. Players must save the team member before they bleed out completely and die.

One of the agents has to get to the downed agent and use the Stabilize skill to help the agent. However, even after that, the rescued agent won’t return to the battle.

Instead, it’ll stay unconscious for the duration of the mission. There is a chance that the rescued agent might get a scar which impacts them negatively. The scar can be removed by sending the agent to training.

On higher difficulties, if players fail a mission, it’s game over and their saves are deleted. Players then have to start the game all over again. While that is not the case with lower difficulties but, players should avoid mission failures in order to progress.

One of the most common reasons for failures is failing to protect a VIP. Players can take control of the VIP itself in most missions. Players can get the VIP to a good hiding spot and keep the Hunker Down action activated all the time.

Another reason for the mission failure is the player not reaching the indicated container or device in time. This can happen is players are trying to kill all of the enemies. Players don’t always need to do that, they must focus on getting to the objective safely.

Players will fail the campaign if the City Anarchy bar reaches 100%. Players need to keep a check on each of the 9 districts and must send agents to the districts or perform missions is the district where the anarchy level has risen to 4-5 points.

Also, try to keep the civilians safe during battles. If civilians are dying, then the anarchy level of the district will increase.

What’s Next If You Fail

If you fail, then players can either restart from the previous checkpoint or restart the entire mission. Players can also load a previous save file. However, if you fail on Impossible difficulty then your save file will be deleted.

Also, if you have enabled Ironman mode and Hardcore mode, then the above-mentioned options won’t be available.

That is all for our XCOM Chimera Squad guide on what the players don’t need to do in order to win the campaign. For more on the game also see our Headquarters Guide and Enemy Factions Guide.