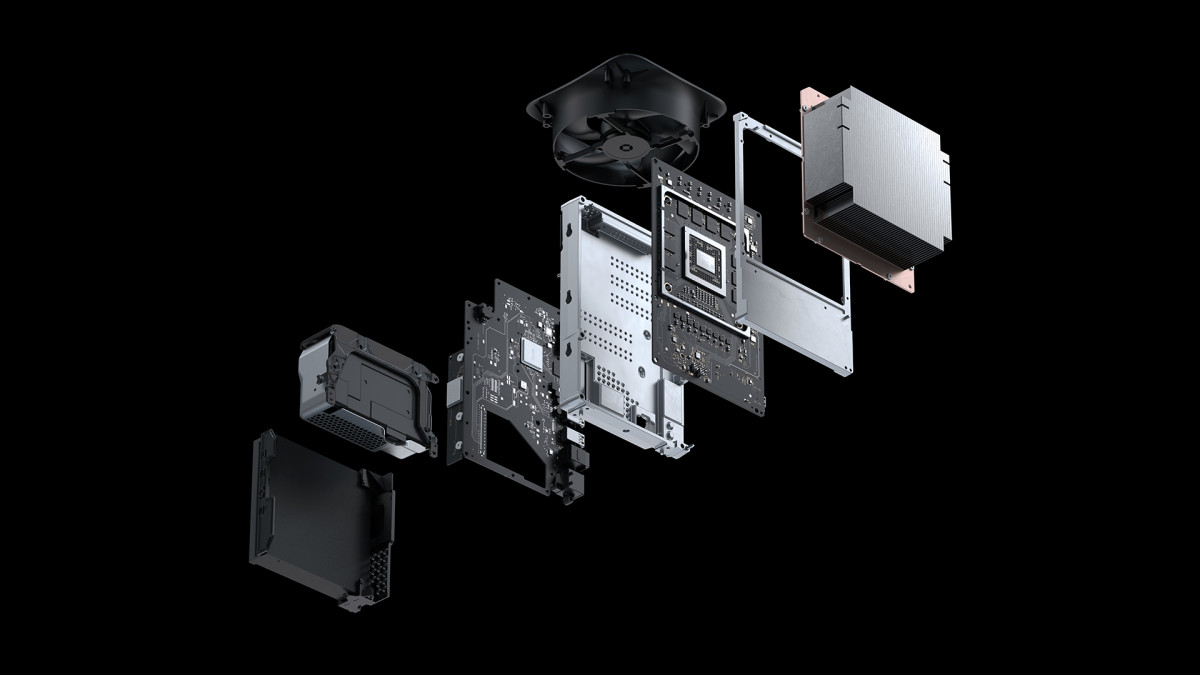 Speculations regarding Xbox Series X Specifications have been popping up but now Microsoft has opened up about the design and the specifications of the console. Will Tuttle, Xbox Wire Editor in Chief published a post on the official Xbox blog and here we are going to go over everything new that you need to know about the Xbox Series X.

One of the major criticisms that people had was that the Xbox Series X looked like a small gaming PC. It turns out that it is much smaller and that it is not really a gaming PC at all. The size is similar to stacking up 2 Game Cubes.

People also speculated that the Xbox Series X could have a dedicated graphics card but now that we have a look at the inside, we can confirm that is not the case. The design is very complex and everything is modular inside. Taking the console apart and putting it back together is very interesting indeed but it is not all that tricky.

As the insides are stacked with hardware, there is little breathing room. The airflow system has been designed accordingly. The Xbox Series X uses a vapor chamber cooler which is pretty beefy from what we can see. The air passes through different components even though the parts are closely packed together with one on top of the other.

We can also confirm that the Green shade is not an LED light. The material itself has a green hue to it and what is what we saw in the reveal trailer that Xbox showed off at The Game Awards last year.

The following are the specifications of the Xbox Series X:

It has been confirmed that on the GPU side, Xbox Series X is actually using RDNA2 which we predicted back in 2019. According to these Xbox Series X specifications, the console is going to ship with 1 TB SSD and you will also be able to expand the storage with 1TB storage cards from Seagate. So you will be able to double the storage pretty easily. 2 TB does seem like plenty for a console. It might be possible to hard swap storage as well so you can keep multiple 1TB drives and have different games on different drives. That could be an interesting use as well.

Note that these are special NVme SSDs and you will not be able to use any storage devices with the Xbox Series X. At least that is what we know for now. The heatsink has been integrated into the design. We usually think of these SSDs as large sticks but this design is very small indeed. Seagate is partnering with Xbox to make these storage devices but other companies might deliver the same products in the future. I imagine that these are not going to be cheap but these are portable.

USB drives still work but they are not going to be as fast. USBs can be used for backing up or for older games but you cannot run Xbox Series X games using older USB drives. Xbox One and 360 drives will work using USB drives but there will be a speed degradation.

It has also been confirmed that the GPU will feature 12 TFLOPS, 52 CUs and will run at 1825 MHz. In the past, the clock speed on console GPUs has been lower compared to PC graphics cards but this is similar to the AMD RX 5700 XT. The die size is 360.45 mm2 and the SOC is made using the 7nm process. You can check out the chip below:

The Xbox Series X is capable of running multiple games at the same time. You can switch from one game to another easily. The state of games is stored and you can come back and start playing the different games from where you left off. Speed is most likely going to depend on the kind of games that you have in the background but this technology and feature is going to be a major game-changer.

Do not fix something that is not broken. That is what  Xbox has done with the controller. There is nothing revolutionary about the Xbox Series X controller but Microsoft has refined it to make it even better. The new controller is a bit smaller than the previous ones. Most people might not be able to tell the difference. Some of the edges have been shaved off in order to do that. 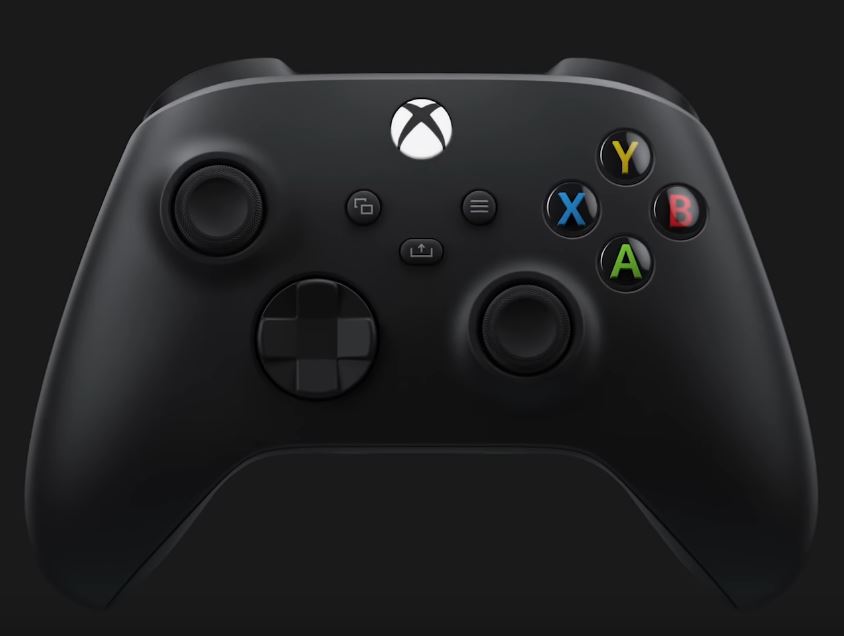 The new controller is going to be a bit more comfortable in your hands. If you like the current controller then you are going to appreciate the improvements in the new one as well. The bumpers are now textured and more comfortable to use compared to previous controllers. In that regard, it is similar to the elite controller.

The controller also has the share button now. The D-pad has also been changed to make it much easier to use. Microsoft has been working on improving latency as well but that is not exclusive to this new controller. You can update the firmware of Xbox One controllers to get the same result as well. The new controller works on PC as well.

This is a new architecture that is optimized for streaming in-game assets. This allows 100 GB of game assets to be instantly accessible by the developer. Andrew Goossen, Technical Fellow on Xbox Series X at Microsoft talked about this and the following is what he had to say about the architecture:

Large open-world games are going to take advantage of this architecture. Such games include Final Fantasy XV, Assassin’s Creed Odyssey, and Red Dead Redemption 2. Goossen also talked about latency and the following is what he had to say regarding the matter:

Competitive gamers and the best gaming experiences demand precise, responsive controls. The Xbox team analyzed the entire end to end input pipeline, from the controller to the console and from the console to the display and we challenged ourselves to identify every opportunity to further reduce latency to provide the best experience for gamers on Xbox. 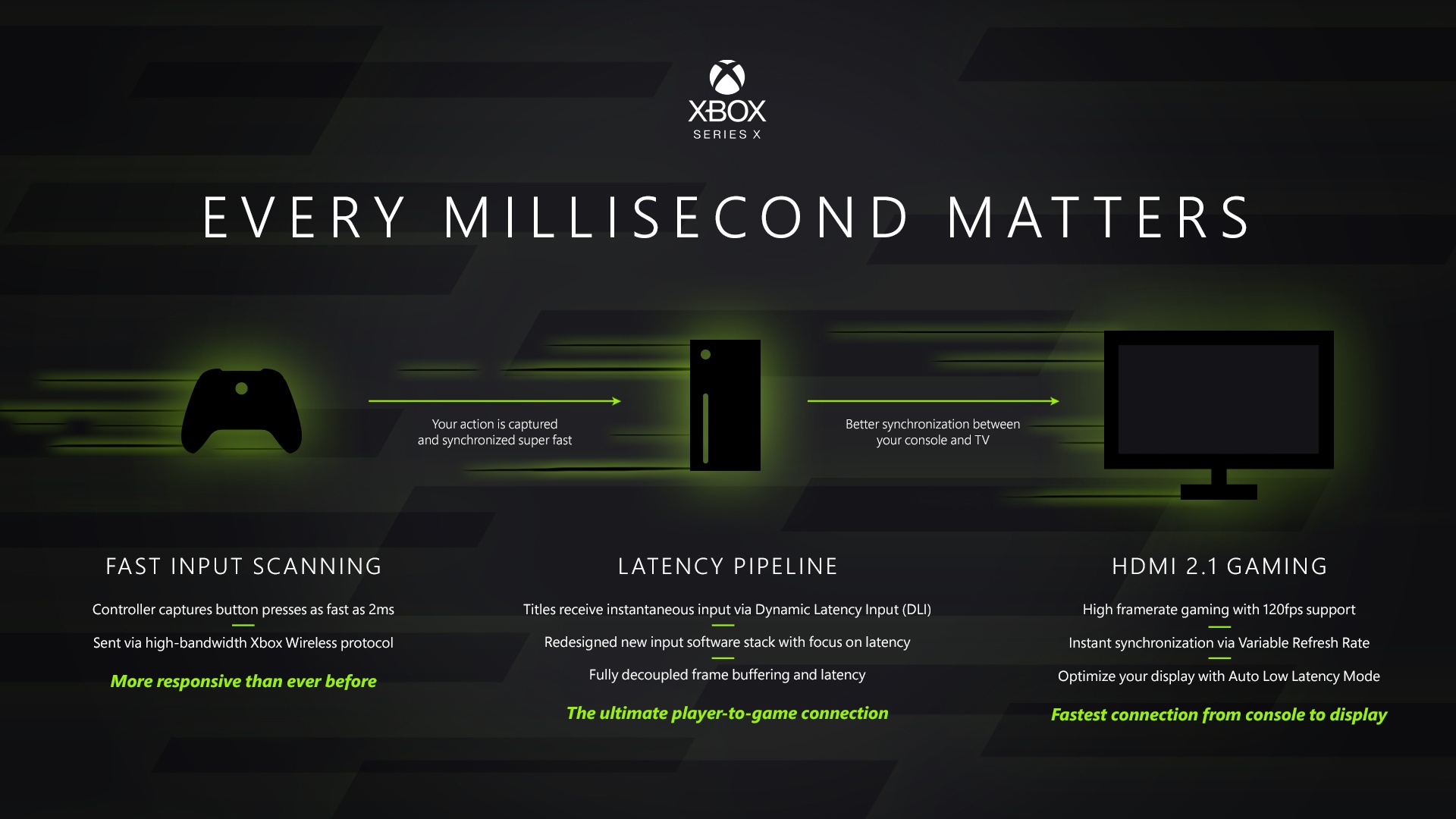 I think that we should not look at the upcoming Xbox as an upcoming min PC. This is a new take on the console and that seems to be what Microsoft is aiming for with the design and tech inside Xbox Series X. Xbox has solved the storage issue. Xbox Series X owners will be able to take advantage of fast storage and they will also be able to expand it.

Let us know what you think about the Xbox Series X Specifications and whether or not you are interested in upgrading when this comes out later this year.