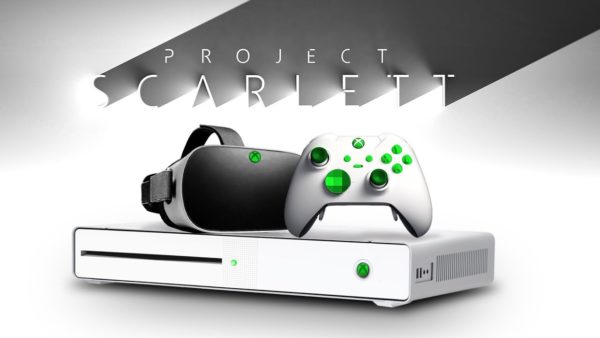 Xbox Scarlett is the next-generation console that Microsoft is working on. When Xbox One came out it was supposed to support VR and the same was the case with Xbox One X but that never happened. Phil Spencer has now confirmed that Xbox Scarlett will not support VR as there is little demand for it.

It made sense for the PS4 because so many units were already sold and all people had to do was get an additional headset which was not very expensive compared to other VR headsets on the market. Here is what Phil Spencer had to say regarding Xbox Scarlett not getting VR support:

I have some issues with VR — it’s isolating and I think of games as a communal, kind of together experience. We’re responding to what our customers are asking for and… nobody’s asking for VR. The vast majority of our customers know if they want a VR experience, there’s places to go get those. We see the volumes of those on PC and other places.

Spencer mentioned that there is not enough demand for VR and that is one of the reasons why the upcoming Xbox is not going to support the feature, even though I am more than sure that the hardware is powerful enough. He went on to mention the following:

I think we might get there [eventually],” Spencer concluded. “But yeah, that’s not where our focus is.

This is very interesting indeed. Microsoft has shied away from VR completely when it comes to the Xbox brand. That might be a good thing. We should know more once the console is out and we know about the kind of performance it is capable of handling.

In other news, reports claim that Xbox Scarlett games could be delayed. This is not going to be good for the launch of the console. For people to buy Xbox Scarlett the console needs to have a pretty big library of games. The console is also supposed to help developers build bigger worlds.