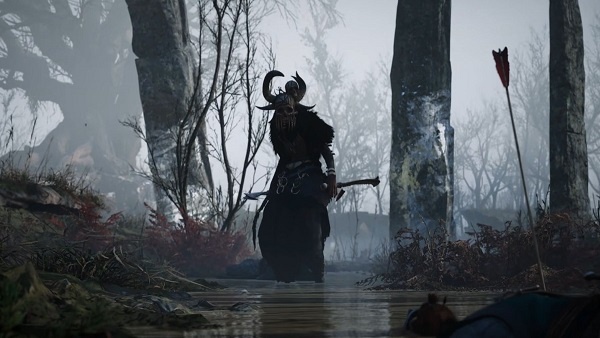 Depending on your character level, the power of these weapons will vary. No matter what power level you pick them up on, you can always upgrade them.

The following is the complete list of new weapon locations.

Norse Gael Bow: You can find this light bow as part of the main story. When you first come to Dublin, you get this weapon after a short cutscene.

Iberian Seax: You get this Raven dagger as a trade reward from Azar’s trading store. You need 20 Texts, 30 Luxuries, and 20 Clothing.

Ceremonial Sickle: This Bear Sickle is in Lackanscaul in Connacht. You find this inside a chest during the main story.

Egyptian Khopesh: This is a Bear Great Sword you get as a trade reward from Azar’s trading store when you reach Dublin Reputation Rank 2. You need 20 Luxuries, 30 Delicacies, and 40 Texts to get it.

Bone Sickle: This Raven sickle is a reward for killing the Legendary Black Boar in Connacht.

Rus’ Shield: This Bear light shield is a trade reward for Azar’s trading store when you reach Dublin Reputation Rank 3. You need 30 Luxuries, 45 Delicacies, and 80 Clothing to get it.

Byzantine Spear: You get this Wolf Spear as a trade reward at Azar’s trading store when you reach Dublin Reputation Rank 4. You need 35 Luxuries, 150 Texts, and 200 Clothing to get it.

Thorgest’s Shield: You get this Wolf light shield in Inch Lough Neagh in Ulster. When you kill Thorgest’s Vikings you get a quest that takes you to the middle of the lake. You will find a small island in the middle where you can loot Thorgest’s remains. Loot them to get the shield.

Cu Chulainn Shield: This heavy bear shield is at Ui Neill’s Rest in Meath inside a chest at the back of a cave. You need to collect 5 Ui Neill to unlock the chest. These are marked on the map with white icons.

Gae Bolg: This Wolf Spear is in Deidre’s Hut in Connacht. You come across this area as part of the main story.