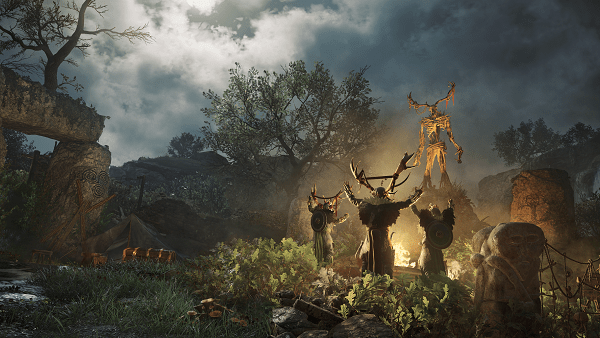 The choice that impacts the ending of the DLC appears in ‘The Cost of Betrayal’ mission. After defeating the Ciara, two choices will become available.

Creating a manual save file before fighting Ciara is a good way of experiencing both the endings without replaying the entire DLC again. If that isn’t an option, below is a small overview of both endings. Remember that both the endings share the same epilogue – set expectations accordingly!

Selecting this choice results in Eivor assassinating Ciara. With her out of the way, Flann destroys the stone to save Ireland.

I Can’t Kill You

The other choice results in Evior sparing Ciara’s life. She eventually sees her wrongdoings, decides to change sides, and destroys the stone herself. Flann comes to her to apologize before she leaves for good.

As for the epilogue, Eivor finds himself standing near Barid’s grave in Dublin. After a final conversation with Flann, the credits roll. Regardless of which ending is unlocked, Ireland’s Deliverance achievement/trophy is unlocked. Time to wrap unfinished questlines and discover secrets hidden within Ireland.