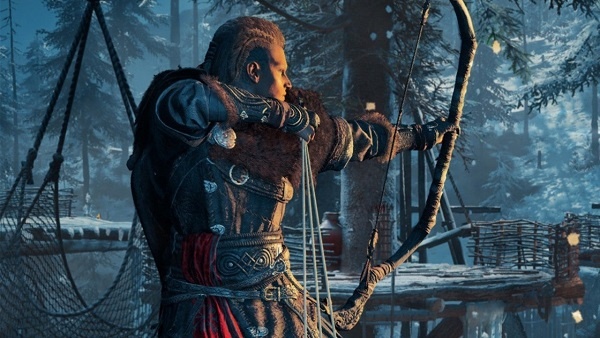 Assassin’s Creed Valhalla Wrath of the Druids Blood Bond is one of the first main quests you play. In this guide, we will go through everything you need to know on how to complete Blood Bond.

You get this quest after speaking with Azar you can sail off to Ireland. You will land in Burlin to meet Barid. Follow him around as he shows you the town. When you reach the hall, speak with Azar again, and the Irish Man on the right side.

Don’t worry about the dialogue choices because everything leads to a fight with Sichfrith. Beat him in the fight to progress to the next part which is finding Barid.

Barid is reportedly visiting his family grave near the large tree at the hill. It is better to synchronize at this point. The name of the location is Gortknaw where you will see Barid on top of the hill.

As you approach Barid, a cutscene will start after which you can follow Barid again. Along the way, you will be ambushed by enemies.