In addition to having active and passive skills, Wolcen: Lords of Mayhem players will have access to Signature Skills. The Signature Skills are located in the Passive Skills tree in the game, and each character class Wolcen has its own unique Signature Skill.

The skill in question can work in passive mode. It increases Umbra regeneration and your resistance to enemy spells. Moreover, it gives you a temporary Spell Damage Boost when you cast a spell. Spellbinder belongs to the Arcanist class of Wolcen: Lords of Mayhem.

This signature skill is able to throw a chain at the enemy target and pull it towards you while also inflicting a bleed effect. Moreover, if the target can’t be moved the skill will send you toward the enemy instead. The signature skills belong to the Gladiator class of Lords of Mayhem.

The skill targets a specific enemy and inflicts stacks of Frailty. The player can mark the same enemy multiple times. In this case, the skill resets the marking duration and stacks the effects up to the maximum Status Ailments stacks number. The signature skill belongs to the Assassin character class.

The player is able to switch between offensive and defensive stance. In offensive mode, you will get a boost in Attack Speed and Spellcasting Speed but it lowers your defense. Meanwhile, the defensive stance boosts Defensive Ability but reduces your Movement Speed. Battle Art signature skill belongs to the Legionary class.

Your character casts a toxic aura which depletes Umbra and deals Poison damage to nearby enemies. The aura boosts Poison Damage and Poison resistance in Wolcen: Lords of Mayhem. The signature skill automatically wears off once you run out of Umbra. The skill is for Maleficent class in the game.

The skill cycles through various types of ammunition and gives your shots special effects, it uses charge that is generated over time. You can use the spell to cycle through Fire, Frost, and Lightning shots. Fire shots will burn enemies, Frost shots will freeze enemies, and lightning shots shock enemies. Elemental Ammunition Signature Skill is for the Trickster Class.

It leaves a trap that goes off when an enemy comes near, causing physical damage. Uses charges that are generated over time. Keep in mind that you can only set up a limited number of traps.  When you exceed that number, setting up a new trap will remove the previous one. The skill is for the Hunter class of Lords of Mayhem.

You can do a shield bash that stuns an enemy all the while blocking attacks. It consumes charges in order to be used by the player. You can gain charge by blocking enemy attacks, the amount of damage caused to the enemy is determined by the number of charges used to cast the spell/skill. This signature skill is for the Guardian class of Wolcen: Lords of Mayhem. 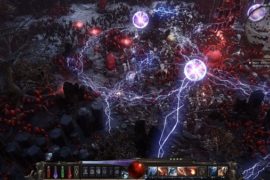 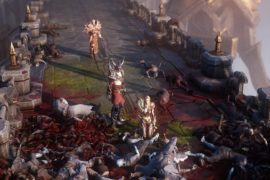 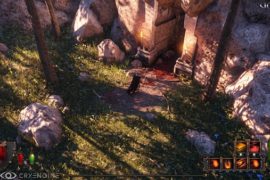 How to Beat Lambach in Wolcen: Lords of Mayhem