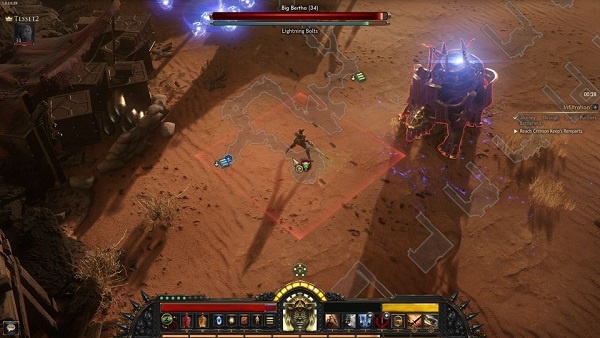 It is easy to miss Wolcen’s secret bosses during a casual playthrough of the game. There are three secret bosses in Lords of Mayhem, one for each act. You won’t find any of them in the side dungeons so there is nothing to worry about in terms of extra time spent on beating them.

As we mentioned there are three bosses in the game. Here’s a list of all three of them.

Secret Boss Location #1: You can find Queen Amadalah in the top right corner of the map, look for the waypoint named “Farmlands” at the beginning of the Svir section during Act 1.

Secret Boss Location #2:   The second boss is Mistshaper Malikia who is around the starting point of the Helmshire map, following the very first time you meet Gernese.

Secret Boss Location #3:  The third secret boss is Big Bertha who can be found right around the corner from the waypoint named “Cell H.” It is at the end of the battlefield section during Act 3 of Wolcen: Lords of Mayhem.

This marks the end of our Wolcen: Lords of Mayhem Secret Bosses locations guide. You can check out various builds we created for Wolcen as they may help you defeating bosses of all kinds. We have the Bleeding Edge melee build, Gun Mage build, and  Bladestorm melee build.