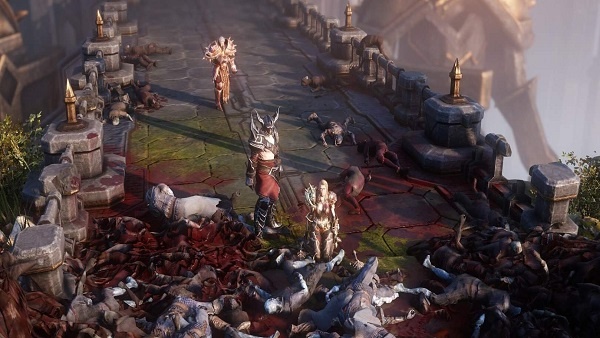 Wolcen: Lords of Mayhem fans love Mage builds so here we have another one. The mage build in question is called Wolcen Gun Mage build. It is different from our Mage build Oracle of Flame, and Mage DPS build. In this one, Ferocity is going to be your main focus and you should also spend some points in the Toughness section.

In this section, we will discuss various skills and skill mods you should be using for the Wolcen Mage Build.

Right off the bat, you should start with the Sentinel and boost and boost your attack speed. Spend some points to get the Backline Raider early on but it should be noted this skill isn’t necessary to complete the Wolcen Gun Mage build. Still, it is nice to have it around. Now, you should rotate the Gate of Fates wheel to make sure that Warlock and Time Weaver are right next to each other.

Pick up the Residual Energy from the Warlock side and Which Time Cannot Heal from the Time Weaver side of the Wheel. This Wolcen skill will deal more damage to your targets that are afflicted by Stasis. Also, pick up Dire Juncture and while it reduces your HP and Force Shield, it can stagger incoming damage. You take 40% damage of that hit initially but rest of the damage one second later. This means your healing will kick in and restore your HP before the rest of the damage hits you. You will be able to avoid being deal with one hit.

Now we will go back to the Sentinel side and get ourselves the Covert Operations before moving down to the Exorcist skill tree. The goal here is to pick up Covert Operative which gives you a “Tenet” if avoid being hit for a few seconds. This lets you ignore a percentage of incoming damage. This effect can be stacked and makes you very powerful. The next skill you should get is Safe from Afar and Archion’s Teachings from the Ranger Skill tree for additional projectile utility. Critical hits are crucial for this Wolcen Gun Mage build so make your way to The Wild Card on the Soldier tree.

As the name of the build suggests, gans are the main focus here. For the Wolcen: Lords of Mayhem Gun mage build you need to focus on getting a good pistol and the Catalyst for casting magic. Get your self added damage spells, crit damage, and as much transfer time reduction as you can in order to get trigger Havoc Orb. Last but not the least, get Ferocity increasing gear.