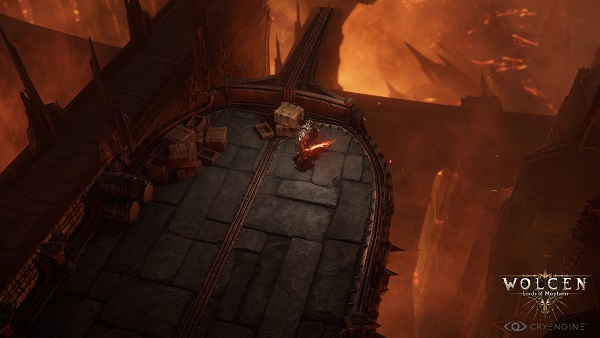 Wolcen: Lords of Mayhem gold farming guide will discuss ways to you can earn more gold in the game. Players have been struggling to get more gold and it is clear that developers need to adjust the number of gold players get for their efforts. However, until they do release a hotfix, players have found an exploit that works really well.

In this section, we will discuss this exploit and other methods we were able to find that should help players farm gold in Wolcen: Lords of Mayhem. Wolcen is now available on Steam and while it is a complete release now, there are still bugs and adjustments need to be made. For example, the Edric boss fight is super unfair and needs to be nerfed.

According to Wolcen players who shared their experience on Reddit, if you have two chipped gems, you can stack them on top of each other and split the stack to make additional gold. You must stack the chipped gem with lesser value, hold the shift button to split it again and keep repeating the process for the lesser value every time to raise the value of the said gem.

At the time of this writing, the exploit is still working but the developers might release an update the would fix this exploit. What you need to keep in mind is that Wolcen developers have confirmed that action will be taken against those using such exploits. If you don’t want to risk a ban you can just renovate trade assembly and seekers garrison and span gold missions while running rifts + loot, and sell rares.