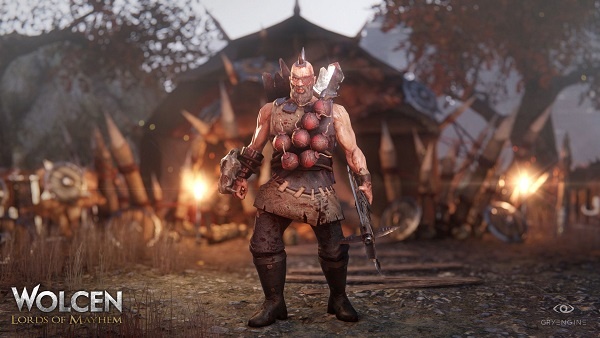 Wolcen: Lords of Mayhem the Gates of Fury Quest

After the quest begins, the players will need to fight through the ramparts of Cell-H. After disposing off Cell-H with the help of Heimlock, open the main gate with Valeria and proceed toward the eastern tower. I should mention it here that both the mechanisms will have to be activated at the same time lest it won’t work.

Once they’ve reached the Cell-G ramparts, the players will quickly need to dispose off enemies in the area and move toward the opening mechanism of the main gate. From there, they’ll continue to head to the very top of the western tower and defend the gate mechanism generator. Once the players are done with The Gates of Crimson Keep event (defending the generator) they’ll come face to face with Nikolas, the Spear of Balance.

The fight with Nikolas, although fairly simple, can get hairy really quickly because of the sheer amount of adds that the boss continues to spawn throughout the fight. Because of this, it’s important that the players continue to deal with adds as effectively as they can. We’ve got a dedicated Nikolas Boss Battle guide that outlines the best builds and strategies that the players should use to defeat the boss rather easily.

After beating Nikolas, proceed toward the entrance of Monolith and speak to Heimlock and Valeria to complete the Gates of Fury quest and get ready for a final showdown with the game’s final boss.