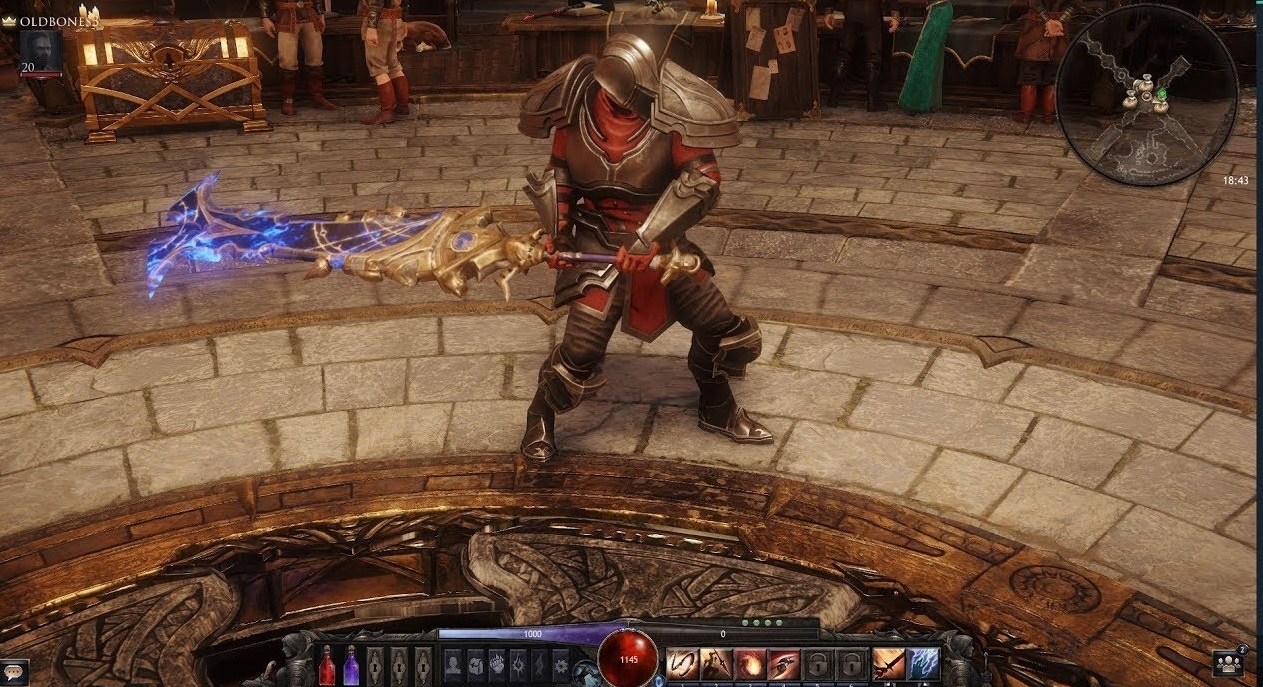 For this build, you are going to use Bleeding Edge with modifier skill modifier unstoppable momentum and astral orbit. This will allow you to deal damage while kiting enemies around. You will also have the chance to freeze enemies which will further increase your chance or survival.

Winters Grasp is the only residual energy triggering spell that you are going to need to use sine you can only get the buff from spells that deal damage.  aether jump and bulwark of dawn will not give you the proc that you need, so you will have frost as your highest damage type in order to make the most out of this build.

Note that residual energy scales with attack damage and not spell damage. It takes the percent amount from your total damage and adds it on top and the type is depending on the spell.

The last skill that you are going to use for this Wolcen: Lords Of Mayhem Bleeding Edge melee build is mark of impurity. This will give you a huge increase in damage.

If you want, you can use bladestorm as it also offers decent mobility but the problem with this skill is that you have to stop in between to recast winters grasp, bulwark and the mark.  The start-up of bladestorm costs a lot of rage which combined with the constant cost of bladestorm leads to an unfeasible build.

This build is flexible so you can get creative and choose a skill that you like to mix things up a bit. Now that we have got that out of the way we can move on to other things like items, skills, attributes and passive sections of the Wolcen: Lords Of Mayhem Bleeding Edge melee build.

Chest and helmet
Use the manic slaughter affix.  It scales attacks, spells and even ailment. This is a sarisel affix that can be rolled on gear by luring untainted.  You can go to expedition add modifiers until the red bar is full and then the rewards you get at the victory screen will have those on them.  Other stats you should look for include ferocity transfer time and cooldown reduction.

Rings
You should get another sarisel affix with the residual energy buff highest roll-on that is 15%. Other stats you should look for include 3 flat damage rolls, crit damage affix, and item-specific affix.

Belt and amulet
Use the same affixes as the rings without the residual energy buff.

Main hand
A dagger so you can cast mark of impurity. 3 flat damage rolls, crit damage and 3 sockets. Crit chance would be the cherry on top.

Offhand
Use the unique macksfesten enneract for an additional residual energy buff.

Gloves
Use the unique argands hearth. These gloves are the rarest item in the game. so if you cannot find them then go with the same stats as shoulders

Pants
Get pants with ferocity, transfer time reduction and cooldown. Preferably with one socket.

Shoes
Get shoes with ferocity and movement speed.

Gems
Find gems with an offensive slot. Anything with flat damage. Highest roll-on that is 8-12.

Defensive
This is only important for low-level grinding since on champ 9 you will get one shot anyways. Get a sapphire for leech and the rest copper stone.

Support
Silverstone since the 10 to all attributes is more damage than 20 to the primary. If you lack transfer time reduction on gear go for cyanite.

The main skill is bleeding edge with the modifiers unstoppable momentum, astral orbit and wicked swing for utility. Instead of astral orbit, you could also take revolving guillotine and self-adjusting principle.

The next skill is winters grasp. This spell is the only one that triggers residual energy with the modifiers hails the ice queen which gives a small additional damage buff. Get permafrost, ice pawn and rime world for utility

The next skill is bulwark of dawn. You should get divine omnipresence, the aegis of hope and everlasting aurora for utility. Blade of truth you another damage buff which is more potent.

You are also going to use Aether jump with march of the time devourers, the puppeteer, and escape artist. Do not use spirits of the void since this makes aether jump deal damage and trigger residual energy which you do not want

The last skill that you are going to use is mark of impurity. This is the highest damage buff you can get from skills.

You want everything in ferocity since you will get at least a 30% crit chance.

Start off with soldier and get every crit damage node. After that move to assassin and get merciless lethality. Get 2 crit damage nodes from scholar in praetorian. Make your way up in scholar to get increased max resources on the way to warlock. Here get residual energy and max resource.

Continue in scholar and make our way up. Get increased max resource on the way to warlock. Get residual energy and more max resource. Next go straight in the sentinel to warmonger and get manic slaughter and every melee weapon damage node.

​That is all for our Wolcen: Lords Of Mayhem Bleeding Edge melee build guide. If you are interested in learning more about the game then you can check out our guide on Signature Skills. Update: We have finalized our Bladestorm melee build, do check that out as well.