Home Articles Will Esports Players Soon Be Competing For Gold Medals In The Olympics? 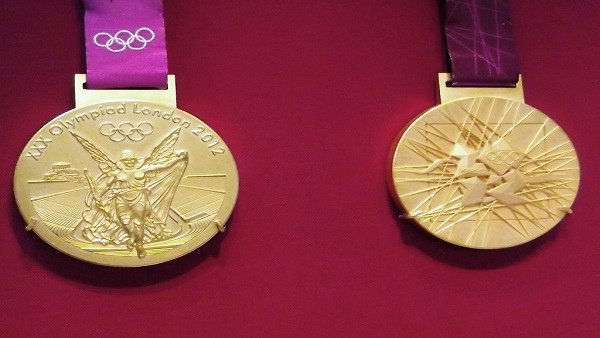 When eSports first started to develop into the worldwide phenomenon that it has now become, nobody could quite imagine that it would one day be considered a sport, or that it would sit side-by-side with the Olympics. Yet in November 2017, the International Olympic Committee (IOC) recognized competitive video gaming as a sport.

Since then developments have been slow, but meanwhile, Esports itself has been growing exponentially. Just taking an example, English Premier League is one of the organizations that is moving into the eSports field with its own league in eSports. As a result, EPL is not only popular among fans who place wagers while following the latest results and statistics, but also for those who like to be part of the game in a different way.

Soon after the decision to recognize video gaming as sports, and as if to confirm the link, an eSport tournament featured in close time and proximity to the Olympic Winter Games. On 15th February 2018, days before the Olympic Opening Ceremony, Olympic sponsors Intel held their Extreme Masters tournament at the Saint Convention Hall in Gangneung, South Korea.

The exquisite building is usually used for high-end weddings and functions, but on this occasion, the third floor was full of network infrastructures and gamers huddled in for worldwide broadcast of what might one day be an Olympic sport. The Olympic rings were even used in the branding of the event, a telling sign of intentions for the future.

A total of 18 gamers, all of whom had passed through qualification tournament phases, met at the venue for a game of StarCraft II, wearing shirts branded with the Olympic ring logos.

They battled it out using strategy, diplomacy, and deception skills for a purse worth $150,000, more than most Olympic gold medallists receive in bonuses from their home country. StarCraft II, the game of choice for this pre-Olympic tournament, is a national pastime in South Korea, which also happened to be the home country of two of the 18 who made the cut. In the end, it was Canada’s ‘Scarlett’, real name Sasha Hostyn, who took the victory, beating South Korean sOs, real name Yoo Jin Kim, in a shocking win.

Not everyone was happy about the Extreme Masters and its loose connection to the Winter Games. Alpine skier and two-time gold medallist Ted Ligety said, “They are two totally different worlds. Physical sports belong  in the Olympics.”

While physical sports across the world lose viewership and market share, eSports continue to grow in popularity and engagement year-on-year. According to a Newzoo report, there were 385 million eSports fans in 2017 and there will be around 589 million by 2020.

Esports has been around for a very long time, pretty much since the internet gave players the ability to connect and compete. Since then tournaments have grown to an undeniably impressive level, both in terms of viewership and prize pools. The DOTA 2 International 2017 gave away nearly $25 million in prizes, with over $10 million going to winners team liquid.

A proven market in its own right, Esports has a lot to offer the world of traditional sport, and the Olympics in particular, which is struggling with an aging demographic and waning interests. Some experts even argue that the Olympics would have more to gain from the relationship than Esports and point out that players don’t need the Olympics to gain their pride and fortunes.

The future is looking bright for eSports as an industry, but whether it will move towards the Olympics is yet to be decided.

Still, the IOC has already created a consultive body that meets to discuss the integration. They have recently had a second meeting in Buenos Aires, but progress is typically very slow.

Esports has been confirmed to be full medal events in the 2022 Asian Games in Hangzhou in China, which will be a huge step forward into the merger with traditional sports.

After that, the world will be gearing up for the Paris 2024 Olympics. Will Esports be featured as an event?

We will have to wait and see how the situation develops. There are arguments and counter-arguments from both sides, and movement towards Olympic Esports is sure to be relatively slow and steady. What do you think? Should eSports be a part of the Olympics or should they stand alone in their own category?