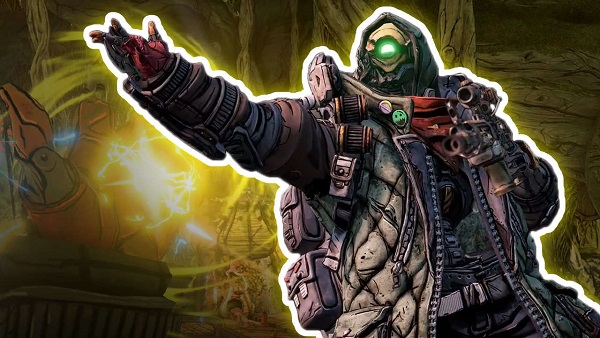 There are four Vault Hunters to choose from in Borderlands 3. These are FL4K, Zane, Moze, and Amara. Each of these VHs bring his/her unique flair to the game and offers a highly distinguished playstyle as opposed to the others. In this guide, we talk about all four of these Borderlands 3 Vault Hunters help you make your starting choice.

As is the tradition with Borderlands games, each Vault Hunter offers a variety of skills that gives us, the players, total freedom to build our characters in multiple different ways. However, there are some VHs who do some things better when it comes to a specific playstyle. For instance, Moze is all about those big fiery explosions.

These changes are what we’ll cover in the guide which will give you some direction of where you want to head once the game officially launches.

FL4K is an interesting character, thanks to its ability to bring one of its three pets to the combat zone. Each of these three pets at FL4K’s disposal has unique abilities that give it a lot of flexibility. Also, the canisters strapped around FL4K are not explosives but food for his pets. A bummer, I know!

FL4K has Hunter, Master, and Stalker skill trees that contain different abilities, allowing FL4K and its beloved pets to thwart anything and everyone in their path. The Vault Hunter also heavily relies on critical hits, buffs/debuffs, controlling the combat zone, and using its pets to charge in battle.

While FL4K relies on his pet-buddies, Zane the Operative does it with technology. Zane has plenty of gadgets and his Sentinel Drone in his arsenal that he uses to disrupt, confuse, and wreak havoc on the combat zone. His Action Skills include an SNTNL drone that destroys enemies with a machine gun.

There’s also a deployable Barrier Shield and a Digi-Clone that lets him damage enemies and teleport to a new location if need be. Being the only Vault Hunter that can equip two Action Skills but doing this take away his ability to use grenades during the battle.

However, if built correctly, Zane can benefit from a variety of buffs and abilities in place of grenades. Zer0 mains from Borderlands 2 will feel right at home when it comes to Assassins in Borderlands 3 thought their playstyles differ.

Moze and her bipedal tank known as the Iron Bear can probably hold off an entire army without breaking a sweat. A soldier from Vladof’s Ursa Corps., Moze is all about utilizing powerful weapons on the Iron Bear to cut through the enemies. If you don’t believe me, here’s what the Iron Bear packs in BL3: mounting high-velocity railguns, rapid-firing miniguns, semi-automatic grenade launchers, flamethrowers, pneumatic fists, and homing rocket launchers.

Moze’s Iron Bear greatly complements both solo and co-op playstyles. You can build Moze’s character in a way that will enable Iron Bear to remain on the field for a short while. In co-op scenarios, you can have a buddy take control of Iron Bear.

Another fun aspect of Moze is instead of Action Skills, you get to choose the weapons to equip on the Iron Bear. You can pick upto three weapons at any given time, two of which can be assigned to the Iron Bear. These can be different weapons or the same type of weapons.

You’ll also get a nice, little buff if you decide to go with the same weapon type on the mech. If you like explosions and big guns, you can’t go wrong with Moze in BL3.

Amara is one of the six Sirens in the series. She’s a close-ranged character who likes to get in the face of enemies. Her Action Skills let her control the combat area while gaining advantages of her entire team.

She can augment all of her Action Skills. This will allow you to choose abilities from one skill tree and spec into a different Action Skill.

If this is your first Borderlands game, you’ll have a ton of fun with Amara. And if you main-ed Maya in previous Borderlands, there isn’t a more obvious choice. Amara will let you relive those memories of trapping enemies in one place and beating them up.

This marks the end of our Borderlands 3 Vault Hunters Guide. If you’re interested in learning more about the game, check out our other BL3 Guides.