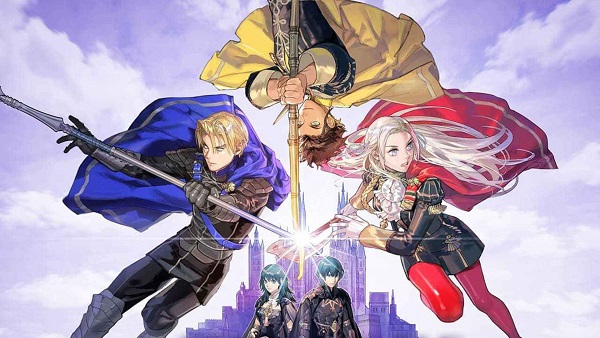 The first thing that you’ll be asked to do after firing up Fire Emblem: Three Houses is to choose a house. Being three in total, each house in the game has its strengths, weaknesses, and characters you’ll interact with. While the best advice would be to play with all the houses, not everyone has that kind of time. To help you with that, we’ll go over Black Eagles, Golden Deer, and Blue Lions one by one.

It’s a good idea to learn everything about all three houses before deciding because you won’t be able to change your decision later on. Your decision will determine the course of the story.

The game also does a very good job of explaining each house so make sure to pay attention. The purpose of the guide is to help you make an informed decision. With that out of the way, let’s talk about which house you should choose in Fire Emblem: Three Houses.

Comprising mostly of nobles, the Blue Lions are always found in a never-ending conflict with the Black Eagles. Their leader is Prince Dimitri Blaiddyd who is the successor to Faerghus’ throne.

Lances are their preferred weapon of choice and they like to get down and dirty when it comes to combat. However, you’ll need to devise strategies in such a way that your units don’t get overwhelmed and have something to fall back to.

The house features some of the toughest characters in the game but lacks when it comes to ranged units and magic-wielders. To circumvent this, you should try to unlock Budding Talents for Felix and Sylvain as soon as possible. And if possible, recruit magic-wielders from other houses.

If you don’t like to get up and close with your enemies, the Golden Deer is the perfect house for you. As archers, you’ll need to stay at a safe distance and chip away at enemies’ HP from afar. However, you need to look for flanks since you’re prone to be overwhelmed.

The leader of the Golden Deer house is Claude von Reigan who is also an expert archer. When it comes to characters belonging to this house, you get a lot of versatility ranging from Armored Knights to magic-wielders. Moreover, a majority of your recruits from other houses should also fit right in–depending on how you grow your students.

Lastly, when it comes to Black Eagles, this house is more suitable for players who love to wield magic. The house leader is Edelgard von Hrevelg, the soon-to-be empress of the Adrestrian Empire. While they lack in defensive attributes and mounted users, Black Eagles characters are self-sufficient with healing spells and various elemental effects.

Being mostly nobles (with the sole exception of Dorothea), the Black Eagles are in an eternal conflict with the Blue Lions. Of course, you might’ve guessed by now, but you should consider recruiting a few tough characters from other houses to get stronger overall.

These are all the houses in Fire Emblem: Three Houses with their strengths, weaknesses, and other details. For more on FE: Three Houses, be sure to check out other guides.