Home Guides Outriders Which Class Should You Choose in Outriders 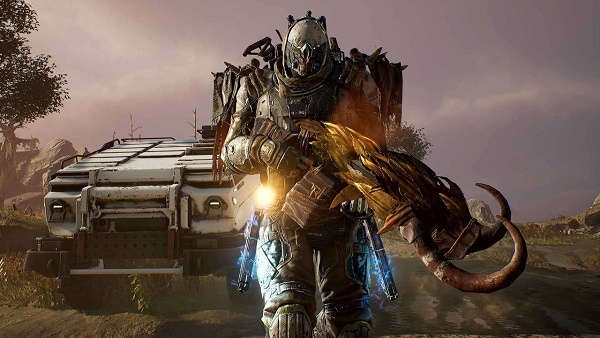 There are four classes in Outriders which are further divided into three subclasses. Each of these classes offers a unique playstyle, a lot of build diversity, and a whole bunch of skills as well as talents to choose from. In this Outriders guide, we’ve provided a brief overview of all four classes, their unique attacks, strengths, and weaknesses.

Which Class to Choose in Outriders?

Class-based roles in Outriders are very clearly defined but there’s nothing in the game preventing players to play Devastator (usually tank) as a solo DPS character, thanks to the flexibility provided by subclasses and talents. Let’s begin with the in-game description of these classes which describes them as:

With that said, we can afford to dive a little deeper into each one for a more informed decision.

Technomancer is the only support class in the game because it not only has a lot of self-sustain but can also heal teammates. It’s also a perfect class for those who prefer to sit afar, thanks to its long-range weaponry. On top of all that, it can utilize gadgets like turrets for added CC and firepower. Some of its class traits increase long-ranged weapon damage, skill leech, and weapon leech by +15%. Technomancer’s subclasses are Pestilence, Tech Shaman, and Demolisher.

Pyromancer is probably the game’s most balanced class but requires quite a lot of time investment to fully learn it. Being a medium-range class, it demands a good understanding of when to go in. For beginners, it may be a little hard to utilize it early on since it’s a little squishy but is definitely a lot of fun to see everything engulfed in flames. Its notable class traits provide it with increased HP, skill power, and healing. Pyromancer’s subclasses are Ash Breaker, Tempest, and Fire Storm.

When it comes to Trickster, it’s easily the most demanding class in Outriders. It’s all about getting in the face of enemies, CCing them down, and blasting them with close-range weapons. It’s also capable of controlling the entirety of an area and even flanking with the Hunt the Prey skill. Remember that it’s pretty squishy but makes up for it with its incredible mobility. Its notable class traits provide it with increased damage mitigation with shields, more HP, and faster regeneration. Trickster’s subclasses are Assassin, Harbinger, and Reaver.

Players who didn’t get a chance to try out the demo and want a class that’s easy to use need to look no further than Devastator. It can soak up a lot of incoming damage like it’s nothing and mow through waves of enemies without even flinching. Moreover, due to its affinity with the earth, it can also easily provide crowd-control. Oh, and did I mentioned that it can leap into the air and come crashing down. Titan-mains from Destiny will feel right at home with Devastator. Thanks to its class traits, it can gain additional HP, armor, and improved HP regeneration for each enemy killed. Devastator’s subclasses are Vanquisher, Warden, and Seismic Shifter.

When it comes to beginners, however, we’d definitely recommend picking up Devastator or Trickster as the starting class.

That’s it for our recommendations on which class to choose in Outriders. Feel free to check out our detailed Outriders wiki guides for more help on the game.