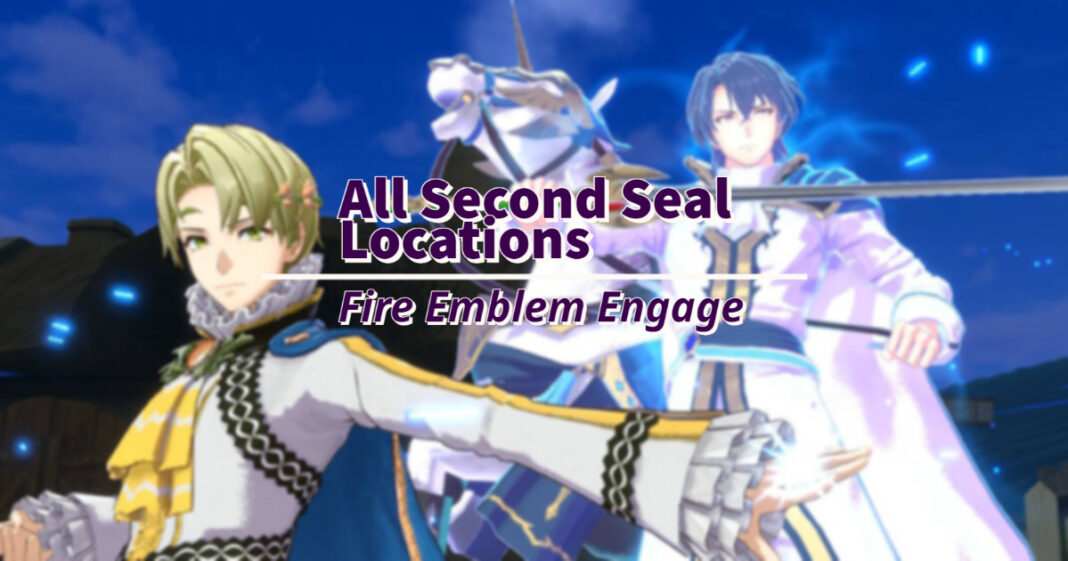 While playing Fire Emblem Engage, you can discover their preferred playstyle by selecting Units that best reflect it. To make your unit stronger, Second Seal is a valuable asset you must have. The Second Seal enables players to adapt their Hero’s playstyle by transforming the base class, which makes knowing how to get second seals even more critical. They are best used when you want a specific build in Fire Emblem Engage.

How To Get Second Seals in FE Engage (Locations)

If you are looking to acquire the Second Seals in FE Engage, here is a list of locations and methods that help you get what you want:

As you play through the game, you’ll run into all sorts of enemies that you gotta beat in battle. One cool thing about these fights is that enemies sometimes drop Second Seals. So keep an eye out for them, ’cause these things are valuable. Getting the Second Seal during battles makes it pretty hard to come by. When you’re fighting, stay focused and use the Rewind Time Ability after the battle to ensure you don’t miss the chance to grab one. That way, you’ll have successfully snagged yourself a Second Seal.

The Second Seal is available from Somniel’s item store for 2500 gold, but there are limited quantities until you complete Chapter 18. The stock will refresh after the main battle has been won, and it must be purchased before Chapters 13 and 17 have ended. Once you finish Chapter 18, however, you no longer need to worry about purchasing a new Second Seal – so don’t miss this incredible opportunity!

As you progress through each chapter, there is a high probability that you will find the Second Seal in the Treasure Chests at their conclusion. The first instance occurs during Eirika’s Paralogue in Chapter 17, and the second opportunity can be found in Chapter 18.

That is all there is to know about where to get Second Seals in Fire Emblem Engage. With this information, you can easily obtain the Second Seal and use it to its full potential. So what are you waiting for? Go out there and start collecting those valuable Second Seals.