RespawnFirst
Home Articles When Does Cyberpunk 2077 Come Out? 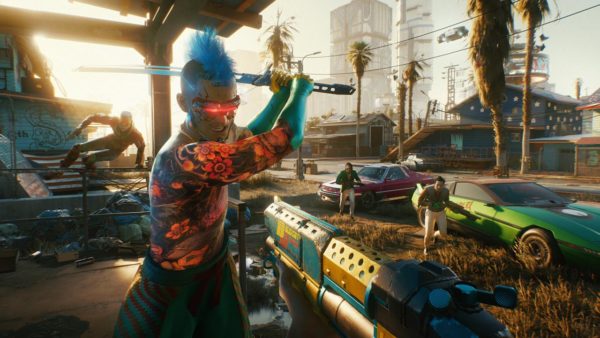 CD Projekt RED’s Cyberpunk 2077 has been delayed multiple times so if you’re not following the news around it, you may not know exactly when the game is coming out. Cyberpunk 2077 is to come out on PS4, Xbox One, and PC on November 19.

Moreover, CD Projekt RED has plans for PS5 and Xbox Series X versions as well. Those who own the game on current-gen consoles would get a free upgrade for next-generation consoles.

On November 19, the game will simultaneously release on consoles and PC. It is rumored that PlayStation 5 and Xbox Series X are both hitting shelves in November as well so Cyberpunk 2077 could be among the system sellers available this holiday season.

Cyberpunk is an open-world title, an action-adventure role-playing game set in Night City. The city is obsessed with power, glamour, and body modification. You play as V (both female and male), who is going after an implant that is key to immortality. You can customize every aspect of your character, use enhancements to boost your abilities, and explore that vast city where your choices shape the story.

Last month CD Projekt RED held the Night City Wire event where new gameplay trailer and other details were shared. We got an extensive look at the open-world including the outskirts. The scope of the game is much bigger than The Witcher 3: Wild Hunt. Without a doubt, this is CDPR’s magnum opus.