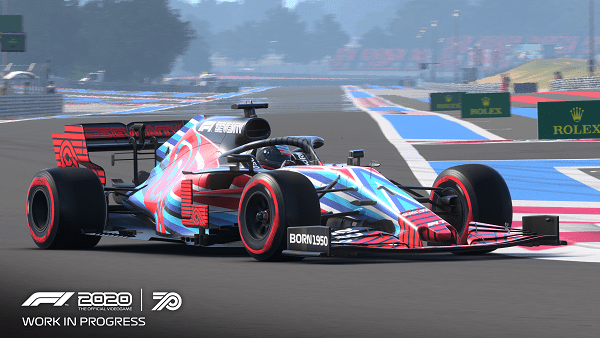 Another year another F1 game but what’s new this time around? F1 2020 is this year’s installment in the long-running Formula 1 video game franchise. Codemasters’ officially licensed racing game releases in a few days for consoles and PC.

F1 2020 was announced back in April 2020 and brings new improvements to its popular career mode as well as My Team Mode. The game is coming to PS4, Xbox One, and PC on July 10 but the Stadia version is coming on July 15. Codemasters is also launching the Deluxe Schumacher Edition that comes with classic cars used by Michael Schumacher.

F2 2020 has the complete championship and includes two circuits – Circuit Zandvoort in the Netherlands and the Hanoi Street Circuit in Vietnam. The new classic cars would add to the experience including the four classic vehicles driven by the legend Michael Schumacher.

F1 2020 players have access to all new licensed teams and drivers from the F1 2020 season. There are 10 teams with all drivers included.

F1 2020 sees the return of the career mode with new changes and improvements. Sadly there is no story mode added to the career mode.  In the career mode, players can add the entire Formula 2 season each year but there is an option to include only three races from Formula 2. A great new feature of F1 2020 is the ability to adjust the length of each season – 22 races, 16 races, or just 10 races per season can be selected. You can choose your favorite tracks for the shorter season to make them appear more in the rotation.

My Team mode has new features too and it offers a different manager experience than the one offered by the career mode. Players can create their own team, have their own drivers, select from a range of sponsors and engine suppliers, and build facilities while managing everything all season including the finances, making improvements to the facilities, and keeping an eye on your team’s second driver. Securing big sponsors will also be a major part of your My Team experience. Your drivers will get promoted and see an end to their careers as well. Each season new drivers may come to the track as older competitors retire.

Codemasters has made improvements to the gameplay side of things this year. A new and improved braking system is added to F1 2020. You will experience a more realistic braking distance this year. Traction control and throttle are more realistic in F1 2020. The ERS is now controlled by an AI, it is programmed by the team and it reacts to what’s going on the track. Last but not least we have the customization system that allows you to change various aspects of your driver.