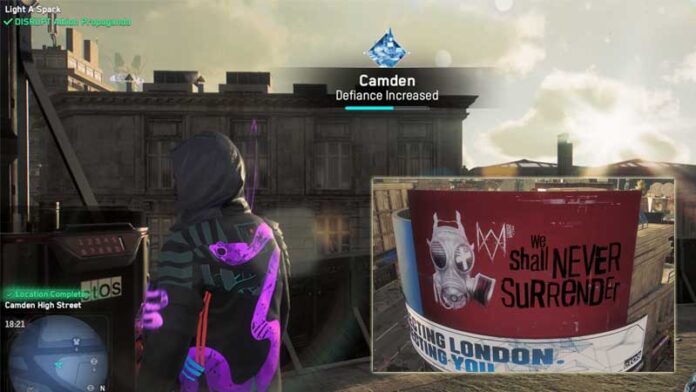 How to Turn Boroughs Defiant in Watch Dogs: Legion

You’ll learn about the defiant system quite early in the game – it’s the core element, after all. There are 8 separate boroughs or districts in the game. Each borough comes with its own unique flavor, culture, and set of activities. These activities or missions are essential to step-by-step progress towards the final objective i.e. turning the borough defiant.

When you open the map, you’ll see different activities or missions (with red icons) scattered all around a borough. Complete all of these activities to unlock a special mission. When you complete this special mission, the borough will rise from oppression and turn completely defiant.

Nearly 3-4 of the above-mentioned activities or objectives will appear in each borough across London and will be crucial to turn it defiant.