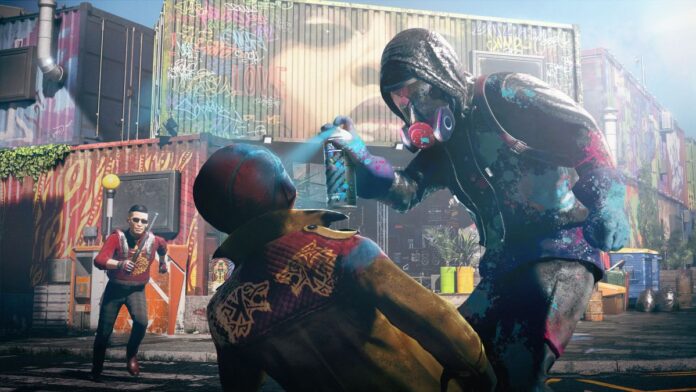 Ubisoft’s track record hasn’t been really good when it comes to optimizing PC video games. Either Ubisoft’s games rely on single Core performance or they utilize the CPU cores and threads like its free-for-all. Is Watch Dogs Legion any different? This is exactly what we are going to see in our Watch Dogs Legion PC Performance Review.

Ubisoft games are more-or-less CPU bound, especially, the open-world titles like AC Origins and Odyssey partly because of how many AI routines these games run at the same time.

For our PC Performance review of Watch Dogs Legion, I’ll be using two different PCs to benchmark it to see how well it runs. System 1, which is also the weakest of three, is equipped with an Intel Core i5-9400F, Zotac GTX 1060 AMP Edition 6GB, 16 GB dual-channel 2666 MHz RAM.

The reason why I chose GTX 1060 is that it’s a very capable GPU that still packs a punch and a significant number of PC players still use it.

As you can see the systems we are using are variable. This is to check how well the game performs on 4 Core CPU and a 6 Core CPU combined with mid-range GPUs. Let’s begin with our Watch Dogs Legion PC Performance Review.

We will start our analysis with the weakest system. As I mentioned above, this PC is equipped with an Intel Core i5-9400F, Zotac GTX 1060 AMP Edition 6GB, 16 GB dual-channel 2666 MHz RAM.

Let me start by saying this, I am thoroughly disappointed with Watch Dogs Legion’s performance on a GTX 1060 even on the lowest possible settings. Why? Seems like the game reduces the CPU and GPU usage as the graphical settings are lower at an unlocked FPS.

Let’s start with running the game at Very High graphical Settings. You can see the benchmark in the video below. It’s business as usual, the GPU usage is around 90% most of the time, which is expected. Also, the FPS is all over the place which is normal as the GPU is being fully utilized. Meaning GTX 1060 doesn’t have the headroom to output high FPS while also rendering the game at a Very High preset.

However, CPU usage across all cores is around 70% most of the time. Watch Dogs Legion isn’t using the CPU to its fullest which makes sense considering the GPU is being fully utilized already. What I am trying to say, at higher settings the game is supposed to be GPU bound and there is nothing wrong here.

Let’s take a look at Watch Dogs running at Medium graphics preset with unlocked FPS. As you can see in the video below, the CPU usage is not what it’s supposed to be. Overall the FPS is higher compared to the Very High preset.

As we move ahead in the benchmark, you’ll notice that the CPU usage is still around 70% but, for the third and fourth Core of the CPU, the usage is very around 50 – 60 percent. The GPU usage has also dropped to 80% and drops even lower at some points.

My point is that Watch Dogs Legion is running at an unlocked FPS in this benchmark. It’s supposed to be using both CPU and GPU to their full potential but, it’s not. Not only that, CPU usage is lower compared to the Very High Preset. The game is supposed to be CPU bound at this stage and should be burning the GPU to render FPS as fast and as much as it can.

Considering, the GTX 1060 is a four-year-old GPU and might not be able to handle Watch Dogs Legion even at its Medium preset. In that case, let’s drop the game’s graphics top the lowest possible preset.

While the overall FPS is higher and occasionally goes above 60 FPS but in terms of CPU and GPU utilization, it’s the same story as medium preset. At the lowest graphical settings, Watch Dogs Legion is supposed to be CPU-bound but the CPU usage is hovering around 70% most of the time.

GPU usage is mostly around 60% and even dips to 50%. Meaning the game has resources to use and it refuses to use them to render at a higher FPS.

If I have to guess, the game isn’t optimized to utilize CPU and GPU properly and Ubisoft seems to think that if Watch Dogs Legion runs at 30 FPS on PC, it’s good enough.

I think this is a combination of the issue with Watch Dogs Legion’s game engine combined with poor PC optimization. It’s disappointing to see that the game doesn’t even lock at 60 FPS even though it clearly has the GPU and CPU to achieve that target.

Let’s start with the game’s High Preset. As you can see in the video below, both CPU and the GPU are being fully utilized. However, the GPU isn’t capable of running the game at 60 FPS even at a high preset.

What’s interesting is that the CPU bottlenecks the GPU causing the GPU usage to drop around 50% and the FPS below 30. It’s quite apparent that the 4 Core/4 Thread CPU isn’t enough for Watch Dogs Legion.

Now Let’s drop the graphics setting to Medium and see how well this PC handles it. The game starts off strong with the GPU and CPU usage being around 80%. But even at the medium preset, the PC is unable to reach 60 FPS.

Again, the GPU is being bottlenecked by the CPU as the game goes below 30 FPS with the GPU usage again dropping to 50%. This is because the game is squeezing the CPU and there isn’t enough headroom for it to utilize the GPU.

Now let’s drop the graphics setting all the way to Low and see how well the game performs. Sadly, even at the low preset, Watch Dogs Legion fails to run at an acceptable FPS target and even drops below 30 FPS.

Clearly, Watch Dogs Legion isn’t designed to scale on a 4 Core/4 Threaded CPU which causes a GPU bottleneck and the FPS drops below 30.

Now I get it that Watch Dogs Legion has a host of AI routines to manage across the game’s map but, the performance is unacceptable. I believe that Ubisoft could have done more to optimize the game further by making it more GPU-bound instead of CPU.

Not to mention, the Watch Dogs Legion has issues with a 6 Core/ 6 Threaded CPU as it failed to fully utilize it and creates an artificial bottleneck on the GPU even at the lowest graphics preset.

It’s clear that Ubisoft has designed Watch Dogs Legion with the mentality that 30 FPS is good enough. Ubisoft doesn’t realize that PC can do more and the developer needs to do more when it comes to optimizing games for PC. Watch Dogs Legion doesn’t scale well across multiple cores and it’s a disappointing release in terms of PC performance.