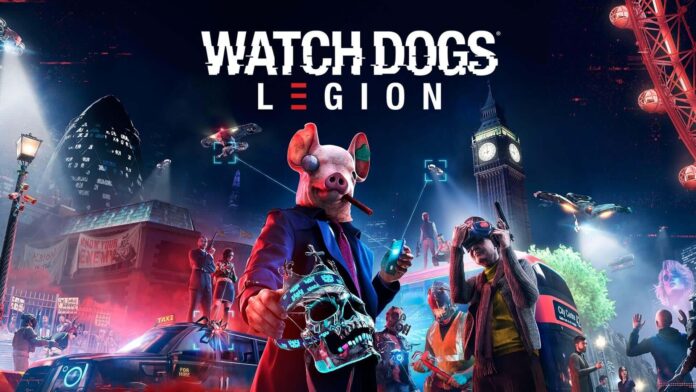 Watch Dogs Legion – How To Get 60 FPS

Ubisoft games have always been pretty to look at but in terms of performance, they aren’t always optimized for PC. This a general consensus about Ubisoft video games and nothing has changed when it comes to Watch Dogs Legion.

This game has some serious optimization issue as if Ubisoft thinks that their games running at 30 FPS on a PC is good enough. However, we aren’t here to discuss the game’s performance but, we are here are to discuss how to get 60 FPS at 1080p resolution on a mid-range PC.

Watch Dogs Legion has a ton of graphical settings that players can tweak from Low to Ultra. Not only that, but it also comes with a benchmarking tool of its own which also tells which graphical setting has the most impact on performance.

The target PC for our Watch Dogs Legion PC optimization guide is a mid-range PC by which I mean a PC with an 8th-gen Core i5 CPU, 8 GB RAM, and GTX 1070 GPU.

The reason why I chose GTX 1070 and an 8th-gen CPU is that the game doesn’t really run well on a 4 Core/4 Threads CPU and a mid-range GPU. On top of that, as the graphics settings are lowered, the game reduces the CPU and GPU usage even at unlocked FPS.

Note: It’s almost impossible to run this game at 60 FPS even at locked 30 FPS on a PC with a 4 Core/4 Thread CPU no matter the GPU.

In my Watch Dogs Legion PC optimization guide, I’ll help you to get closer to your target as the game’s performance is extremely variable depending on the system.

The following are the Watch Dogs Legions graphics settings along with a brief explanation about what they do, their impact on performance, and the best setting to get that 1080p/60 FPS experience.

Keep this one at Fullscreen, dropping this setting to Windowed mode causes the game to drop 10 FPS.

Vertical Synchronization eliminates screen tearing by synchronizing the game frames rendered by the GPU with the monitor’s refresh rate. However, I recommend that you disable this setting in-game and force it through the display driver. In my experience, I found that forcing vertical sync through the driver gives better results. Open Nvidia Control Panel > Manage 3D Settings > Program Setting > select Watch Dogs Legion. Select “on” for Vertical Synchronization and hit apply.

Recommended: Force it through the GPU driver.

This pretty much self-explanatory. This Watch Dogs Legion Graphics setting limits the FPS the GPU can render for the game. Since we are targeting 60 FPS, set this option to 60 FPS.

However, players can lock the game at 30 FPS and can crank graphics settings to Very High and even a GTX 1060 will be able to play this game at a stable 30 FPS.

Recommended: Keep it at default.

There are two options for Watch Dogs Legion, DirectX 11 and 12. I recommend that you set it to DirectX 12 as the game uses it very well.

Meaning, the higher the setting, the better detailed each object will be. Obviously, this impacts performance and is heavier on the CPU at Ultra. I recommend that players keep this setting at High.

This Watch Dogs Legion Graphics setting controls the level of detail for in-game vegetation and the environment itself like how far the high-res models of trees, buildings, and everything else will be loaded by the game.

Not only that, it also controls the physics simulation for the foliage, how detailed the FOG will be, and how far the player character’s footprints or how many of them will be visible at the same time. This setting takes a toll on the CPU and I recommend that you drop it to Low.

This setting controls the resolution of the in-game textures. The higher the setting, the higher resolution textures the game will load. While it does occupy a lot of VRAM but, it mostly impacts CPU. I recommend that you keep it at High but, drop it to Medium if you want more FPS.

This graphical setting doesn’t impact performance as much as the others. It can be easily set to Ultra.

Shadows setting controls the level of details of the shadows generated by the in-game objects. The higher this setting, the better shadows will be rendered even at a distance. The distance depends on what option you select.

High, Very High, and Ultra shadows are almost identical and the only difference I found was how far high detailed shadows were rendered by the game.

Not to mentions, this Watch Dogs Legion Graphics setting impacts both CPU and GPU in equal measure. I recommend that you keep this setting at High or drop to Medium for more FPS.

Headlight Shadows graphics setting control how many cars can generate shadows simultaneously. This has a minor impact on performance. I easily recommend that you set this option to 4 Cars. But, players are free to drop below as it doesn’t add much to the visuals.

This setting impacts the GPU the most. I recommend that you set Refection to High for Watch Dogs Legion.

Both of these settings don’t impact performance that much and their use depends on the players themselves if they want to use these effects.

Ambient Occlusion setting on Watch Dogs Legion adds soft shadows to nearby objects. This helps to make the overall scene realistic and grounded. I recommend that you keep it Off but if you don’t like how the graphics seem then enable it at the cost of some frames.

Players have three options to choose from for Post Process Anti-Aliasing in Watch Dogs Legion, FXAA, SMAA, and TAA. TAA is the best option to choose as it eliminates all aliasing in the game and doesn’t impact performance that much. SMAA doesn’t have the same result but impacts performance.

However, TAA can make the game look a bit soft. This can be fixed by enabling the Sharpening filter. Open Nvidia Control Panel > Manage 3D Settings > Program Setting > select Watch Dogs Legion. Enable Image Sharpening and set the intensity of it. I recommend that players keep the sharpening intensity to 0.5.

Subsurface Scattering option controls how the in-game lighting interacts with surfaces like human skin. The higher the setting, the more realistic the surface will look. I recommend that you keep it at Low.

DLSS or Deep Learning Super Sampling is an option only available for RTX GPUs and if you have one, then enable it if you are using Ray Traced Reflections.

As for Extra Details, this setting is tied to the Geometry graphics setting. This setting can only be used if Geometry is set to Ultra. Increasing the Extra Details slider will render objects at the highest Geometry level objects at a distance. The distance depends on how high you set the slider. I don’t recommend that using it as it will drop FPS.

This scaler is useful to boost performance and Post Process Anti-Aliasing needs to set at TAA. However, it will make the game look blurry and the low render resolution will be apparent while moving the camera. I would recommend that you keep it at 80 if you want to squeeze more FPS.

In the video below, you can see Watch Dogs Legion running on a GTX 1060 with optimized settings for 30 FPS. The GPU is clearly capable of handling the game at higher graphics settings.

Other Optimizations And Tweaks

Now that players know what each of the Watch Dogs Legion graphics settings does, there are other PC optimization that players can do to get closer to their 60 FPS target.

Hardware Accelerated GPU Scheduling
You can turn this setting on in the graphics settings of windows. Provided that you have updated it to the latest version. This will improve performance in-game. If you have lower-end hardware or a laptop then you will it’s best to keep it off.

So if you experience performance degrading instead of boosting after enabling Hardware Accelerated GPU Scheduling then disable it.

That is all for our Watch Dogs Legion PC Optimization guide with tips on how to get 60 FPS at 1080p. If you are facing errors and issues with other PC games or your PC then also see our hub for commonly occurring PC errors and their fixes.