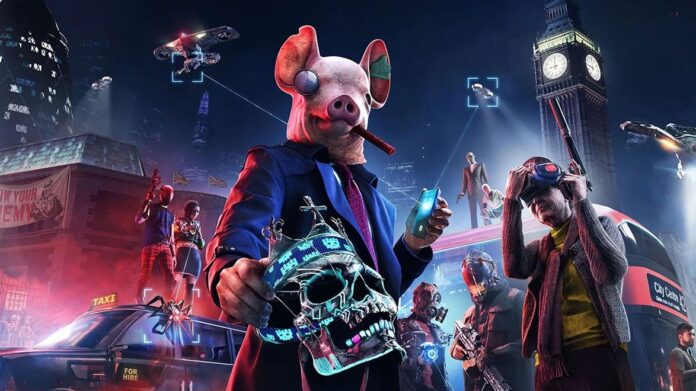 As you enter the world of Watch Dogs Legion, the futuristic London, you will take control of Dalton. He is the first operative/agent of Dedsec you’ll play in the game. The first mission of Watch Dogs Legion is called “Operation Westminster” and this mission trigger the events of entire game. There are multiple objectives in Operation Westminster; sometimes you hack terminals while other times you will be asked to defuse a bomb that threatens London. All in all it is quite an interesting start to the game.

Operation Westminster is not only a key story mission but also a tutorial section for those new to the Watch Dogs franchise. You start under the main parliament building and as you move forward you’ll encounter an enemy. If you are playing on PC, press F to perform a silent takedown, however, those on consoles should simply press the prompted button to perform the same move on their platform.

Tip: Press Q to distract enemies and bring them in a convenient take down position. Silent Takedowns can only be performed on unaware enemies.

After you takedown the first enemy you encounter, open the door in front and move forward through the tunnel. At this point Sabine will remind you to avoid using lethal force against enemies. Keep moving forward until you reach a platform, drop down from the left side and right. Climb up the ledge and move forward until you reach a locked door with a hackable access pad.

Tip: Access pads or keypads usually have a like to a Closed Circuit Terminal. Breaking into the circuit allows you to hack into the access pads and unlock doors.

Press prompted button to reveal the Closed Circuit Terminal link and follow the red line to reach the circuit. The Terminal will be to your right, up on the platform where an enemy is spray painting on the wall. To reach the platform, turn right from the locked door and go down the small set of stairs, use a silent takedown on an enemy in front of you and and turn left. There should be another enemy here setting up the Trap Arm on the wall, take him down as well and turn left where you should find the stairs that lead up to the platform. When you reach the uppar platform takedown enemy there and access the glowing red circuit on the wall.

Backtrack to the locked door which should now be unlocked. Move forward in the tunnel and keep going until you reach the room with a ton of bombs ready to go off. There are three enemies in this location, take them down one by one just the ones before. Stand near one of the bombs and Analyze it to send data back to Bagley.

Your objective now is to Deactivate the Detonator. You will find the detonator in front of you on the table in the middle of the House of Commons. Interact with the detonator and a cutscene will start.

After the cutscene you will be allowed to use lethal force on enemies. Use your handgun to kill all incoming enemies and survive the Ambush. Bagley will then ask you to physically pull the wire from the detonator. There is more work to do as you find out there are more bombs setup across London.

Take the door behind the table and go straight, turn right and you will find an Ammunition Cache.

Tip: Ammunition Cashes allow you to refill weapon ammo. Use them in case you are expecting a gun fight or are simply low on ammo.

Your current objective in Operation Westminster is to reach the Rooftop Antenna. There is a locked door to your right and to open it you a keycard. Press V (or the prompted button on consoles) to scan the area for the Camera to hijack through walls. You will find one a hackable gadget in the opposite room which is also locked. However, you can hack through the door as long as the item is in your line of sight. Hijack the camera sitting on the table and then hack the key to its right. Download the key data and get back to the other locked door. Use the key to open the door.

As soon as you open the door there will be more enemies trying to kill you. Use your handgun or SMG or kill them all and move forward from the corridor. At the end of the corridor, open the door to your right and use the ladder to reach the rooftop Antenna. Another cutscene will play which then completes Operation Westminster mission in Watch Dogs Legion.