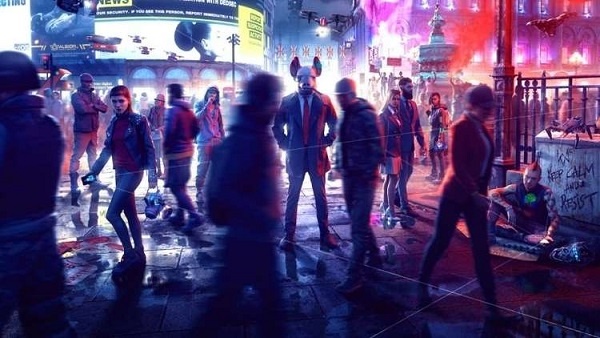 Turning a borough defiant in Watch Dogs: Legion requires you to complete a few activities. One of these activities is disrupting propaganda. Similar to neutralizing VIPs, there are only 3 disrupt propaganda locations in the game. Turning a borough defiant marks all Tech Points on the map, unlocks a Skilled Recruit, and is needed to unlock the ‘Take Back London’ achievement. In this Watch Dogs: Legion guide, we’ve shared all the locations where you can disrupt propaganda to increase DedSec’s reputation across London.

As mentioned in our neutralize VIPs guide, a Cargo Drone remains your best friend when it comes to access otherwise inaccessible areas. Luckily, you won’t need to go out of your way to secure one since you’ll need to recruit a Construction Worker as a part of the main story mission titled ‘Reporting for Duty’.

To find the locations, all you need to do is to open up the world map and go to the marked locations – indicated by a red electricity icon.

Disrupt Propaganda #1 – City of Westminster
Location: Buckingham Palace
The first one is on the rooftop of Buckingham Palace. To get to it, call in a Cargo Drone, jump on it, hack it to fly it all the way to the top, and interact with the ctOS terminal.

Disrupt Propaganda #2 – Lambeth
Location: Imperial War Museum
To get the 2nd one, you’ll need to access the roof of the Imperial War Museum. Once again, the best method to do so is by landing a Cargo Drone right next to it – as simple as that. Once you’re there, hack the ctOS console to disrupt the ongoing propaganda.

Disrupt Propaganda #3 – City of Westminster
Location: Piccadilly Circus
The 3rd one is also on top of a rooftop. Once again, the Cargo Drone is your best friend here. You’ll need to take it to the very top of the rooftop marked on the map. Once there, you’ll see the ctOS terminal behind a fenced area that only a Spider-bot will be able to access. However, the way out will be blocked by a box.

You’ll need to remove the box using the Cargo Drone – just make sure you aren’t on top of the drone while trying to pick up the object, otherwise, it won’t work. Once the box has been removed, send in the Spider-bot through the air-duct on the roof and hack the ctOS terminal.