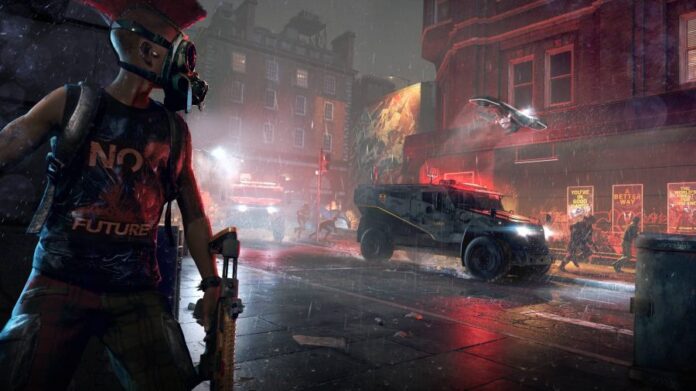 Watch Dogs Legion PC is facing errors and issues like controller not working, crash at startup, can’t load save file, stuck at loading screen, Xbox One Elite 2 not working, Unable To Start Game, Cannot Load DuniaDemo_clang_64_dx12.dll 0x000005aa, low FPS, and more. Here I have compiled a list of errors and issues that PC players are experiencing with Watch Dogs Legion along with their fixes and workarounds.

Watch Dogs Legion is the latest entry in the franchise and brings interesting new ideas like playing as any NPC players find in the game. This is something we haven’t seen in a game before and it’s certainly an exciting mechanic.

In terms of optimization, Ubisoft hasn’t done a very good job as the game doesn’t even run at lock 30 FPS on a 4 Core/4 Thread CPU. Not only that, PC players are reporting errors and issues with Watch Dogs Legion like an in-game crash, game not loading, Xbox One Elite 2 not working, Cannot Load DuniaDemo_clang_64_dx12.dll 0x000005aa, crash at startup, and more.

The following are the errors and issues that Watch Dogs Legion PC players are experiencing along with their fixes and workarounds.

Watch Dogs Legion PC players are reporting that they can is crashing randomly while playing. There are multiple reasons behind the Watch Dogs Legion in-game crash and here is how to fix this issue.

Since the game is CPU-bound for the most part, your CPU not having enough headroom is one reason why the game could be crashing. Players could be using third-party tools and software that might be using CPU cycles that could be used for Watch Dogs Legion.

Another reason for the Watch Dogs Legion in-game crash could be the GPU. Your GPU could be overclocked or old. If the GPU is overclocked, then revert it back to its default GPU clock even if its factory overclocked.

In case you don’t want to mess with the GPU clock or the GPU is old, players can try limiting the game’s MAX FPS. Usually, I recommend limiting FPS through Nvidia Control Panel but in the case of Watch Dogs Legion, doing it through the driver causes performance issues. Just lock the game’s FPS to 30 through the game’s menu in Video settings. This will reduce both CPU and GPU load and will stop the game from crashing.

Players are reporting that when they load Watch Dogs Legion save or continue the game, it gets stuck at the loading screen. First of all, check if the game has any update as it’ll solve the issue.

First, if you are trying to play the game on Windows 7 or 8, then you are out of luck as the game only supports Windows 10 64-bit.

The first fix for the game’s crash at launch issue is very simple. Instead of launching the game through Ubisoft Connect client, launch the game directly through its exe. Click on Properties for Watch Dogs Legion in Ubisoft Connect and click “open folder” under local files. Launch Watch Dogs Legion directly through its exe and it will launch without crashing.

In case players get an error similar to “vcruntime140_1.dll or MSVCP140.dll Was Not Found” while launching the game direct from the exe, then they need to install the latest Microsoft Visual C++ Redistributables both x64 and x86 versions. This will fix the issue.

Lack of admins rights could be the reason why the game is crashing. Right-click Watch Dogs Legion’s exe > Properties > Compatibility tab > check “Run this program as administrator” and hit apply. This will fix the crash at launch issue for the game.

Your anti-virus/Windows Defender could be blocking important games files and causing it to crash at launch. Either disable real-time protection or exclude the game’s install folder from your anti-virus. After that, verify game files and the issue will be fixed.

According to PC players, their controllers don’t work with Watch Dogs Legion and almost all of the Xbox One Elite 2 Controller owners are facing this issue. While there is a fix for it but, there is a workaround.

First, create a desktop shortcut for Watch Dogs Legion’s exe. Right-click the shortcut you created > properties > add “-eac_launcher” in the Target field ahead of the game’s path. After that, open Steam > click “Games” > Add a non-Steam game to my library. Click Browse and add the game’s shortcut. Launch the game through Steam and the Xbox One Elite 2 Controller will start working with Watch Dogs Legion.

Alternatively, after adding the game to Steam, right-click Watch Dogs Legion in Steam library > under “Steam Input per-game Setting” select “Forced Off” and press Ok. If that doesn’t work, then click Steam > Settings > Controller > General Controller Settings. Check “Generic Gamepad Configuration Support” if you are using a third-party controller. If you are using an Xbox or DualShock controller then check the “Xbox Configuration Support” or the PlayStation option for Dualshock 4. This will get the controller working with the game.

PC players are reporting that they are unable to play Watch Dogs Legion as they get the following error when they launch it.

“Unable to start the game. Please check that your game has been installed correctly. if the problem persists, please contact Ubisoft support”

According to players, they are experiencing the error regardless of locating and verifying game files. There is a workaround for this issue. Open Registry Editor and navigate to HKEY_CURRENT_USER\SOFTWARE\Ubisoft\WatchDogsLegion. Export this folder to a .reg file and double-click to import it. Launch Watch Dogs Legion and it’ll prompt to install BattleEye. Just follow the on-screen prompts and restart your PC. After that, the game will launch with the error.

Watch Dogs Legion PC players are reporting that they are unable to launch the game as they get the following error:

There is a fix for this error but, there is a cost as players will have to let go of the online mode for the game. Open Ubisoft Connect > Watch Dogs Legion > Properties > click “Add command-line arguments” under “Game Launch Arguments” and type “-BattlEyeLauncher=false”. This will disable BattleEye and the game will launch but, players won’t be able to access online.

Ubisoft doesn’t have a very good track record when it comes to optimizing its PC games and Watch Dogs Legion is no exception. Players are reporting low FPS, stuttering, and low CPU and GPU usage issues. Here is how to fix it.

Also, make sure you have installed the latest GPU drivers. Open Task Manager to check if there is any background process using too much CPU, GPU, or HDD.

Apply these changes and players will see improved FPS and the stuttering will be fixed. If you want to further improve FPS in Watch Dogs Legion then check out our PC Optimization Guide.

That is all for our Watch Dogs Legion fixes for errors and issues like an in-game crash, unable to start the game, Cannot Load DuniaDemo_clang_64_dx12.dll, Stuck At Loading Screen, Xbox One Elite 2 controller cot working, and more. If you are facing errors and issues with other PC games or your PC then also see our hub for commonly occurring PC errors and their fixes.