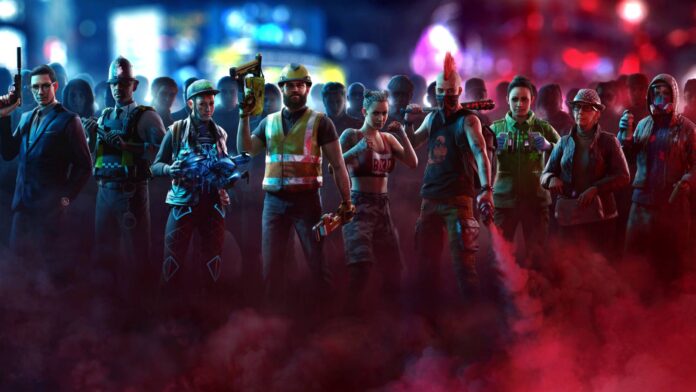 Keep in mind that the following agents are merely suggestions based on what we have experienced in the game. The best agents for us might not be the best for you, however, we strongly believe the following options can be a great addition to your Team in Watch Dogs Legion.

Jose Sapateiro is one of the construction workers you’ll come across at the ETO Bank Construction Site. You can to this location on your own or as part of the “Reporting for Duty” main mission. There are other construction workers at this location and you can choose any one of them. Their abilities, skills, and perks are pretty much the same but Jose came with a nail gun and that’s always useful. Jose Sapateiro has access to a uniform, cargo drone, a heavy melee weapon (wrench), and a unique weapon (nail gun).

Recruitment mission: Free him from his debt. Go to the marked location and hack into a terminal to remove his name from the collector’s database.

Matthias Clarke is a hacker who can prove to be extremely valuable to you. We were able to find Matthias Clarke under The Nexus Tower in Southpark. Clarke can deploy malware and is an expert in viral hacking. He can bring Shock Hack and Key Steal abilities to your DedSec team. You can add him as your potential recruit and later complete his recruitment mission.

Recruitment mission: Matthias wants to get back at Clan Kelly. Steal and server van and help Matthias get the key he needs to hack. 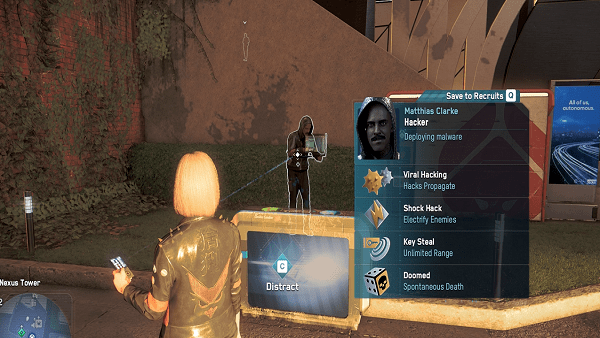 Clarke is found at the following locations during the day.

Jason Babington is a street artist working under The Nexus Tower when we found him. He comes with a unique weapon (paintball gun) and a paint bomb to disorient enemies. You can use Jason to spread DedSec propaganda through street art to further DedSec’s cause. The problem is that he hates DedSec so you need to Deep Profile him to get a recruitment lead. 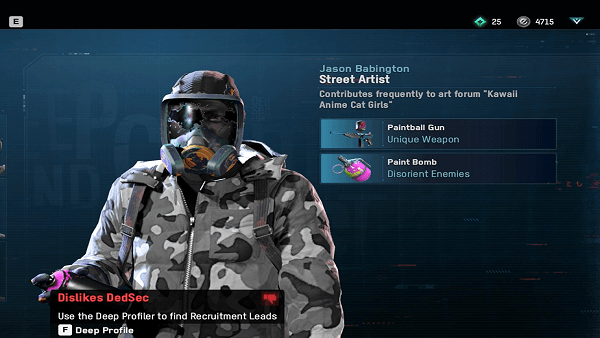 Jason is found at the following locations throughout the day.

Roger is a graduate student with a keen interest in hacking. He can steal ETO through Crypto Skimmer and while he is in your squad you get short hack cooldowns. You can farm a ton of Crypto through Roger Sweeney. 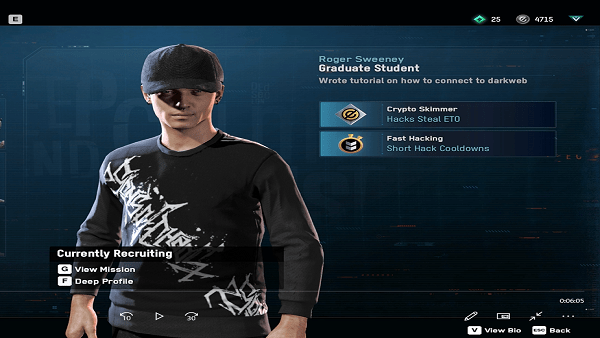 Roger is found at the following locations throughout the day.

As a DedSec operative, you will get in trouble with the law frequently. Recruit Aishah Go to handle your legal affairs in Watch Dogs Legion. She has the Team Arrest Release ability which lets you out of prison faster. Thanks to her legal assistance, DedSec is stronger. 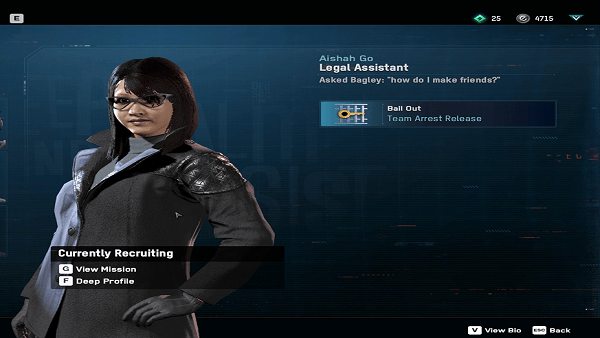 Recruitment lead: Deal with her harasser.

Aishah is found at the following locations throughout the day.

Salam is an Albion operative and hates DedSec. You need to use the Deep Profile on him to get recruitment leads. Salman Khawaja has a light melee weapon and gives an ETO gain on the recruit. He is physically fit so he takes less damage. However, the best part is that he has an Albion outfit which gives you access to restricted Albion facilities.

Salman is found at the following locations throughout the day.