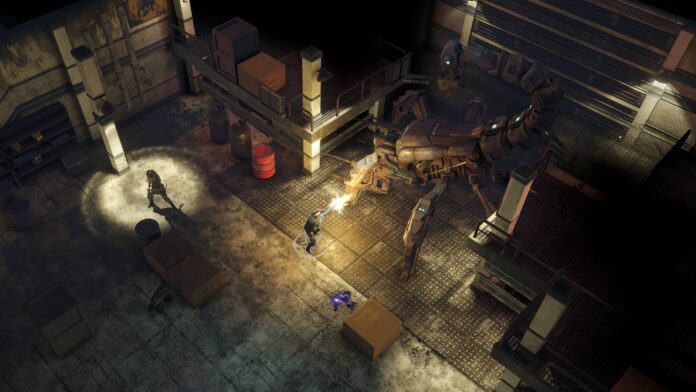 One of the most interesting missions in Wasteland 3 is Little Vegas. You meet some familiar faces in this mission and it gives you a good amount of XP, reputation, and other rewards. In this guide, we will explain how to complete the Little Vegas main mission in Wasteland 3.

In Little Vegas, you will come across none other than Faran Brygo. For those who don’t know, Brygo is a popular character from the first Wasteland game. Your primary objective is to investigate what happened to Inspector Delgado and find his location.

Your hunt for Inspector Delgado will take you to the Little Vegas casino. Delgado was last seen in the Casino which means this is the best lead we have on the case right now. The casino is right past the Patriarch’s Museum. Enter the casino and go to the guard terminal to speak with Charley Knowes who is the right-hand man for Brygo. He can tell you where Faran Brygo is, head over to him, and start the conversation. You’ll need Kiss Ass (3) and Perception (4) to get any useful information out of him.

Now go back to the Casino floor where you can gamble. You have a chance to win $400 at the slots if you have Nerd Stuff (4) or Lockpicking (5). But keep in mind that you won’t be able to play other games if you win $400. There is a limit to how much you can win at a time in the Vegas Casino. Locate an NPC named Shakes and head to the private party room on the second floor to find his drugs. When you reach the room you will find a man named Boulder chilling with his minions.

They won’t be too happy to see you in their space so expect a fight. However, you can prevent a brawl if you have Kiss Ass (3) and Hard Ass (4). If you use Hard Ass the boss will tell you where Delgado is. You can find the drugs inside the safe, there is also a Fuser laser pistol inside.

Go to the Brothel

You need to visit the Brothel now. You can find the Brothel at the end of the hallway. In case you don’t have Hard Ass (4) and didn’t get the information, you can pay Ken Doll $100 to find Inspector Delgado’s location. Another way to get Delgado’s location is to have Barter (5) instead of paying the Ken Doll $100. In the same conversation, you can find more about the prostitutes, each one can give a 20-minute buff to any character you interact with them.

You can find Benjie Braddock inside the Queen of Hearts room. He will ask for help, say that he needs chemical help, and give him Liquid Time, Jitter, or Rhino. Through Braddock, you can get codes to the computer in case the door to Brygo’s office is locked.

Go and speak with Charley Knowes and tell him you know about Inspector Delgado. From there on you have two choices.

The first choice is to attack and get to Delgado. This means the enemies will become hostile and attack you as well. Through the first choice, you will get the keys to Delgado’s cell and free him. The downside is that you won’t be able to engage with any other NPCs present in the Little Vegas Casino. You need to go through the dialogue with Charley to get to Delgado if you attack before the conversation Known and Lucia will leave your HQ. They will not be in your party anymore. Once you manage to take care of all the enemies you can reach the cell and free Inspector Delgado.

Now it’s time to deal with Faran Brygo who is inside his suite. You should already have the codes to his suite by now in case the door is locked. Enter the room to fight Brygo and his men. You can kill him or arrest him, your choice. Depending on your choice you can get weapons and more.

The second choice is to accept Charley’s proposal who will point you to the Machine Shop in the South of Pillory Square. Inside the shop, you will face a number of enemies who can be killed or you can simply ask about the main you’re looking for, Mactavish. Both options lead to a fight to prepare for battle. Once you kill MacTavish’s Thugs you get the Machine Shop Armor Set.

Now it is time to speak with the man himself. However, MacTavish wants $500 to give you the information you need. You can use Barter (4) to avoid paying him. Once the conversation ends you can kill MacTavish or arrest.

Head back to the Casino and talk to Charley and Brygo. You accept his deal and let him go in exchange for Delgado and an armory staffer at the Ranger HQ. He will also throw in $200 to sweeten the pot. Letting Brygo go won’t sit well with the Marshals.