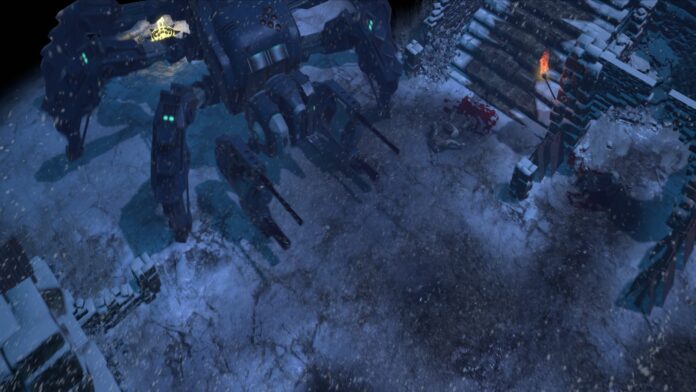 After spending countless hours in Wasteland 3 you will come to the end of it all, The Final Battle of Colorado. There are a ton of decisions that go into this final battle, decisions that have lasting effects on you and your party members. In this guide, we will tell you how to complete The Final Battle of Colorado in Wasteland 3, explain all endings and choices.

There are two main entities in Wasteland 3 – Angela Deth and Patriarch. The long road led to the final battle where you decide which character you want to side with and what endings you want in Wasteland 3. Both of them have their pros and cons, none of them is a saint so it’s a tough choice to make which makes The Final Battle of Colorado the most interesting main mission. The final battle starts when you are done with the Liberty Buchanan quest and exit back to the world map.

Angela Deth vs the Patriarch – Who Should You Choose?

It doesn’t matter which side you choose. When you get back to the Ranger HQ half of the workforce stayed with the Patriarch while others moved with Angela. It is a 50/50 split at the Ranger HQ.

You then go and speak to your party members to see which side they choose. Depending on your actions some will stay with you while others won’t. Here’s a quick rundown of how things might go based on your decision in Wasteland 3.

If you stay with the Patriarch Marshal Kwon, Lucia Wesson, and Jodie Bell will stay with you while IronClad Cordite will side with Angela Deth. Victory Buchanan gets knocked out courtesy of Sgt. Greatski.

Meanwhile, if you side with Angela Deth Ironclad Cordite and Victory Buchanan will stay while Jodie Bell will leave. The rest of the party is either killed or arrested. Scotchmo, Pizepi Joren, and Fishlips will stick with you no matter which side you choose. After the blood and chaos at the Ranger HQ, the Ranger menu will open up so you can choose your team members.

Revolt at the Ranger HQ

No matter which side you choose you will get similar objectives. Your goal will be to disarm the alarm by using Terminals at the Armory, Brig, and Garage. Afterward, you need to open access to the control room terminal to access the tunnel to Downtown Colorado Springs. Once you reach Downtown Colorado Springs you’ll spot Mama Cotter doing her thing with some other refugees.

If you sided with The Patriarch the Marshals will be excited to have you there and the refugees will back down only if you have a good relationship with them. If you sided with Angela Deth, the Marshals won’t be too happy to see you but the refugees will be very happy to have you there. To end the chaos you will have to kill Sheriff Daisy and her minions. When you get to The Patriarch’s museum you should get one of your party members to stand on the plate while another companion presses the red button to open the terminal.

You can use Nerd Stuff (8) or Mechanics (8) to use the elevator for the Kodiak. Now you can open the door and let the final fight begin.

Patriarch’s Side – Choices and Ending

If you have Hard Ass (10) you can make Angela Deth surrender after she and her loyalists arrive on their trucks to attack. From there on more options will appear.

You then have a conversation with the Patriarch who wants you to stay in Colorado. You can choose to stay or head back to Arizona to help the Rangers.

Angela’s Side – Choices and Ending

Unlike Angela Deth, The Patriarch arrives in a giant tank called Manifest Destiny but gets flanked by two of his own men – Adamant and Immaculate. Make sure you complete the objectives at the Ranger HQ early on to get the Kodiak to this section of the mission. It makes it so much easier to complete the Final Battle of Colorado in Wasteland 3. You can use Cluster Bombs and run enemies over. There are three choices that define the endings in Wasteland 3.

You then have a conversation with Angela who asks for your future plans. You can order General Woodson to bring the Rangers to Colorado or you can move back to Arizona. If the Rangers come to Colorado you can use Kiss Ass (9) to smooth things with Angela Deth but if you don’t meet the requirements Angela will leave Colorado.