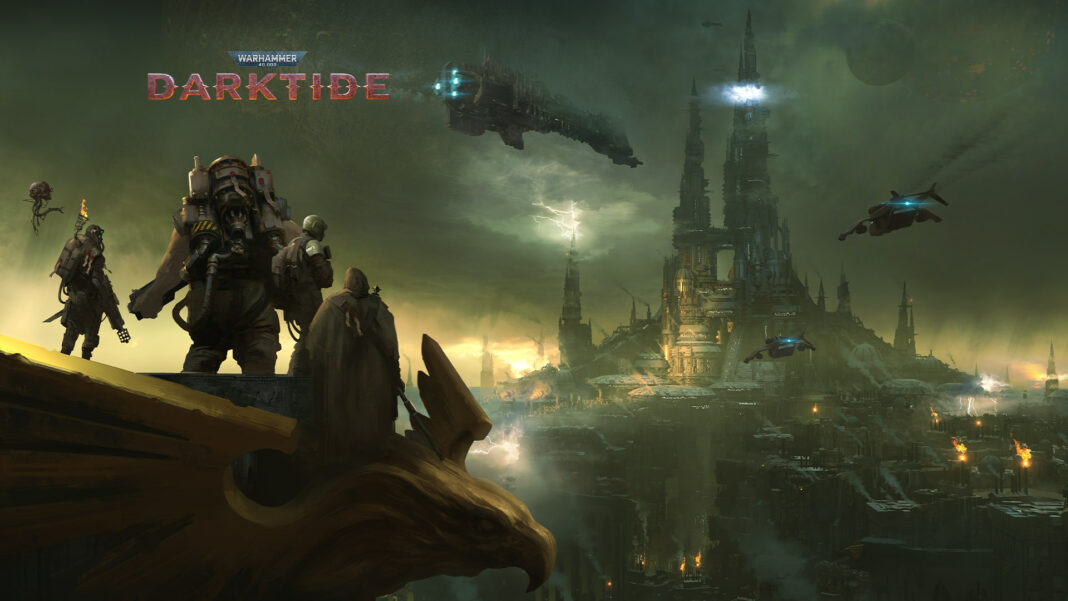 Darktide is the latest addition to the Warhammer 40K franchise, and fans love it. Warhammer 40,000 Darktide is quite scalable on a lot of PC configurations, but still, PC players report errors and issues like the in-game crash, the game not starting, keyboard/mouse disconnecting, low FPS, crash at startup, and more. The following are the errors that PC players report while playing Warhammer 40K Darktide, along with their fixes and workarounds.

Some Warhammer 40,000 Darktide PC players report that the game isn’t launching or is crashing at startup, and here is how to fix it. Before we start with the fixes, ensure you are running the game on a system with at least Windows 10 64-Bit, as the game doesn’t support older or 32-bit operating systems. Also, you need a DirectX 12 capable GPU, as Darktide only uses DX12, and a DirectX 12-supported GPU is necessary to launch the game.

Your anti-virus is probably blocking the game’s executable or another necessary file. Either disable real-time protection or exclude the game folder from it; I recommend the latter. After that, launch Warhammer 40K Darktide, which won’t crash at startup.

If you aren’t using multiple mice, then the culprit is another peripheral of yours. Disconnect any non-essential peripherals one by one to check which one is causing the keyboard and mouse the disconnecting and reconnecting issue.

Also, if you are playing the game at an unlocked FPS, this could be why the game is crashing. Cap the game at 60 FPS, and it issue will be fixed. You can cap the game lower than 60 FPS using Nvidia Control Panel if capping the game to 60 FPS doesn’t fix the issue. Open Nvidia Control Panel > Manage 3D Settings > Program Settings > select Warhammer 40K Darktide. Enable Max FPS Limit and set a value for it. Limiting the max FPS reduces GPU and CPU load and will fix the Warhammer 40K Darktide in-game crash.

Using third-party tools and software like MSI Afterburner, driver/software for a peripheral, and more can cause the game to crash. Disable any third-party software you are using, and the issue will be fixed. Also, disable in-game overlays like Steam in-game or GeForce Experience overlay to fix the in-game crashes.

Performance is a common issue for PC video games, and Warhammer 40,000 Darktide is no exception. Players report FPS drops in gameplay, and here is how to fix it.

Players report that installing the 527.37 – WHQL driver gives a noticeable performance boost in Warhammer 40K Darktide. Make sure to do a clean installation.

There is another way to improve performance in Warhammer 40,000 Darktide. Go to C:\Users\YourName\AppData\Roaming\Fatshark and delete the Darktide folder. Launch the game, and it’ll give a boost to performance. However, players report that the performance boost is temporary, and you must delete the folder repeatedly.

Anti-aliasing-Gamma Correction – Off
Antialiasing Mode – Application Controlled
Antialiasing Transparency – Off
CUDA GPUs – All
Low Latency Mode – Ultra
Power Management – Prefer Maximum Performance
Shader Cache – On only if you are using an HDD. You don’t need to enable it for an SSD.
Texture filtering – Quality – High Performance
Threaded Optimization – Off
Triple Buffering – Off

Apply these changes, and you should get a boost or at least stable performance while playing Warhammer 40,000 Darktide.

That is all for our Warhammer 40,000 Darktide fixes for errors and issues like the in-game crash, the game not starting, low FPS, and more. If you are facing errors and issues with other PC games or your PC, then also see our hub for commonly occurring PC errors and their fixes.