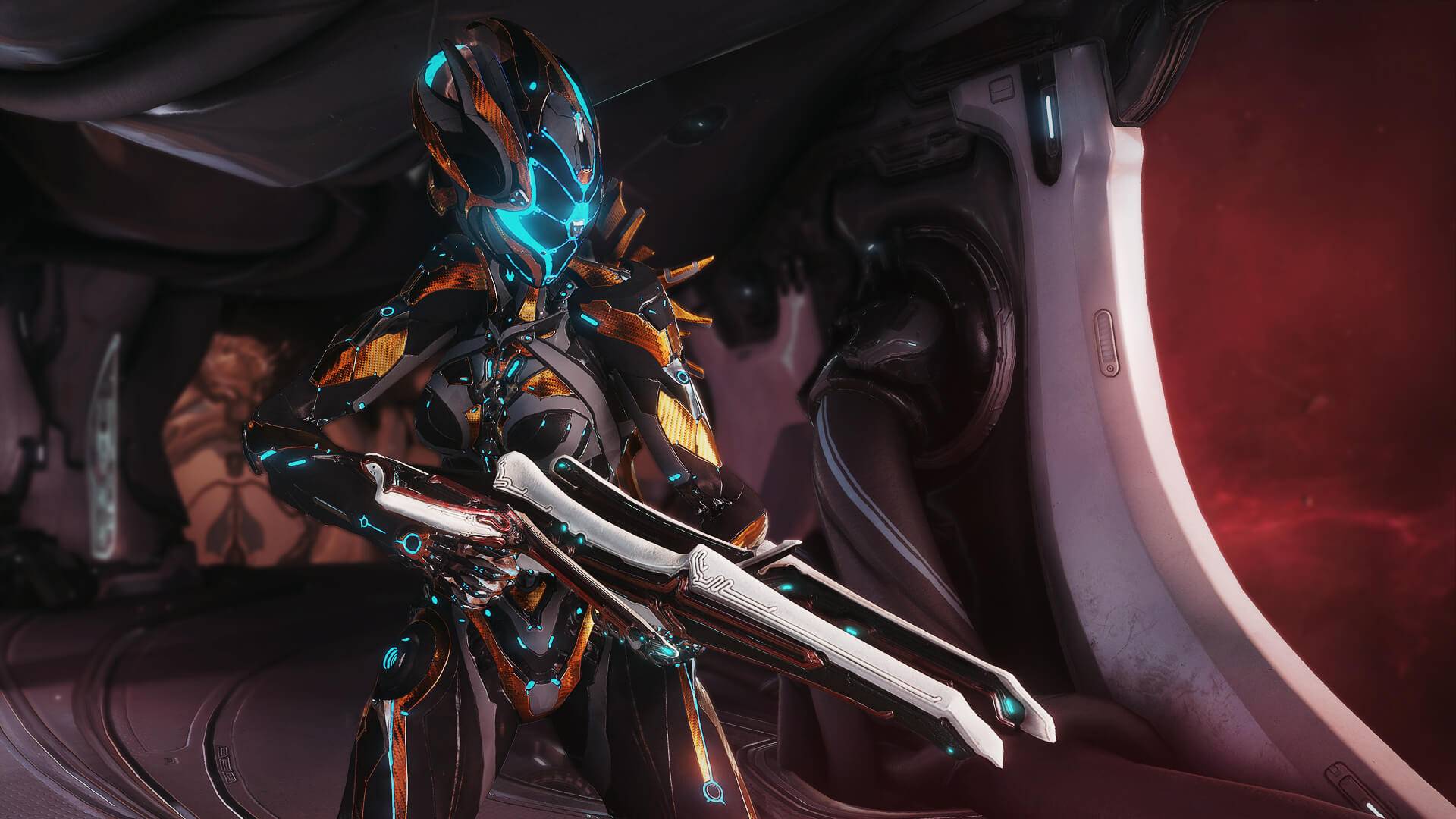 Operation Scarlet Spear is on the go, and we are here to tell you how to participate in this challenging yet auspicious event. The event has been added very recently to Warframe and we will guide you through the Dos and Dont’s for the missions you will take part in. In this Warframe guide, we are also going to go over how you can farm credits quickly during the Operation Scarlet Spear event.

How To Farm Credits Fast In Warframe Operation Scarlet Spear

In your ship, head over to Navigation and select earth. Here you will see that Earth has a Scarlet Spear Relay going on. Press on it and choose a Relay, but keep in mind to choose the one that has the lowest amount of Murex driven away.

Also, make sure that once you have chosen a Relay you stay on it until the count of defeated Murex reaches a 100 or the timer runs out. You will find a timer in the center of the Scarlet Spear Flotilla where it will be showing you the number of hours left in the Relay. A relay usually lasts for about 3 hours.

The next important thing you need to do is making contact with Little Duck. Go over and chat, asking her to trade. Get the OpLink you find in her store, which will cost you 1000 credits.

Once you have the OpLink, pause the game and go to the Equipment option. Go to Arsenal and then to the Gear Wheel tab. Equip yourself with the OpLink from here. The OpLink is extremely essential to your missions, whether Space or Ground, as you need to set this down in both of them. The event cannot progress neither can you enter it without this item.

The decision you need to make now is whether you will take part in the Ground Mission or the Railjack Mission. The choice also depends on whether or not you have a group of people to play with. If you are playing alone, it is recommended that you select the Ground Mission, as it is much easier.

In this mission all you need to do is play as the buffer Warframe, so you can choose to play with damage buffing frames like Chroma, Rhino or even Mirage if its daytime. You can also go for a Defensive or CC Warframe in this mission such as Nova.

Your job is to shoot down a massive boss once you are in the mission. It does not react and stays in place, so all you need to do is damage the orb is revealed from it.

This will happen from time to time until this huge boss runs out of health, so you need to shoot it down repeatedly along with killing the enemies that surround you.

Once this happens, you have to place down your OpLink and defend it till the time runs out and you have filled up the progression bar. The Ground Mission can be attempted 17 times in a single run.

If you do all these attempts in each run, you will have the opportunity to maximize your Scarlet Spear Credits. The more credits you get the more rewards can be purchased.

The Railjack Mission is played with a squad. One of your team members needs to fly the Railjack and carry a little satellite with them. They will need to bring this satellite to the front of the huge Sentient ship, which is called a Murex.

When you place the Satellite here, it is going to be invulnerable. But during the time the OpLinks are done functioning, the Satellite is going to be open to damage. To avoid this, you need to wrap up your task inside the ship and pick up the satellite as quickly as you can.

You need to get off your ship once you have parked it below the Murex or right inside it. Parking inside is the better option as then it can’t be damaged by the enemy ships in the air.

Reach the marked point within the Murex Ship, place down your OpLink and get ready to defend it from the Sentients that are spawning inside the ship itself. You have to do this until the progress bar fills up, then you need to go back to your ship and repeat the process.  You can do a total of five attempts in this mission during each run.

The only way you fail in either the Ground or Space Missions is when every single one of your OpLinks gets destroyed. Your progress in the missions will not be affected though if one or a couple of OpLinks are destroyed.

Also in the Railjack Mission, if your satellite gets destroyed then it is game over. Even a single shot is destructive to it so just make sure that it’s protected during the times it’s invulnerable. 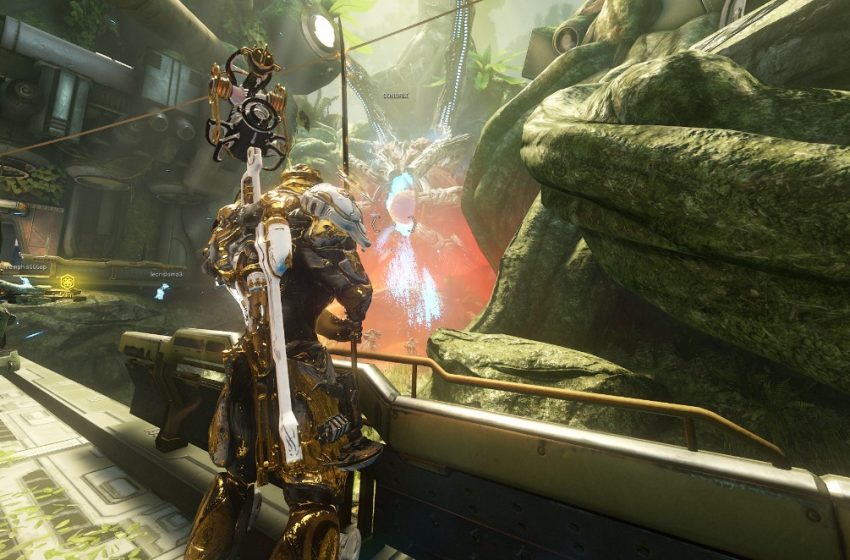 We will now move on to focus on the rewards available in this event. In Little Duck’s Inventory you will find the following:

Players also need to be aware of the few bugs that are present in the Scarlet Spear Event. In the Railjack Mission, your UI can become bugged and will stop showing the location of the Satellite.

In the Ground Mission, your progression can just halt, which prevents the completion of the mission. Due to these slight bugs, you will need to force extract, which is a bit tedious but hopefully, they will be fixed soon.

Play as Many Missions as you Can

Other than that, you just need to play as much of these missions as possible, to get on top of the leaderboards, which are exhibited in the central part of the Scarlet Spear Flotilla.

The two types of missions, each have their leaderboards where you can see the progress of the players. The more Murex you fend off, the more times you play the missions, and the more Kill Codes you send, will all help you earn Scarlet Credits.

The increase in your Scarlet Credits will not only enable you to purchase more exclusive items from Little Duck but will also boost up your Rank. You will be able to get a higher amount of Credits if you play the Ground and Railjack Missions alternatively.

This ensures that you have emblems for both these missions and you are more likely to get Bonus Credits. The Bonus Credits will make the grind much less difficult for you.

Just make sure to stay in the same Relay that you have chosen as mentioned before, or else you will lose any progress you make. This is a really important point to keep in mind otherwise you won’t be able to earn any credits at all, and all your effort will be wasted. Wait for the Flotilla timer to run out and do not skip to another Relay, even if you are done with your missions, to receive the Bonus Credits.

This is how you can farm credits fast in Warframe Scarlet Spear event. If you are interested in learning more about the game then you can check out our Warframe guides hub.