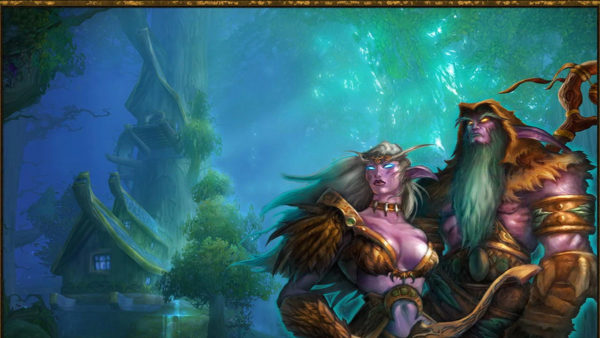 Warcraft 3 Reforged Night Elf Guide will help you with everything you need to know about this race like the best heroes, strategies, strengths, weaknesses and more.

Night Elf is one of the races that you can choose from in Warcraft 3 Reforged. Like all the other races, Night Elf has its strengths and weaknesses.

Not only that, building structures has requirements of its own as some of them require players to build prerequisites in order to upgrade them.

Our Warcraft 3 Reforged Night Elf Guide will help you with the best heroes, units, tips and tricks and more. So that you can be effective with this race while facing opponents.

Demon Hunter is the best Night Elf hero you can build thanks to its strength and flexibility which adds to its effectiveness in any unit.

Obviously, I have picked the demon hunter as the best hero among the Night Elf is because of its overall strength and usability.

However, Keeper of the Grove can be very useful as your first build, especially, on maps that have plenty of hidden gold mines behind trees. This hero has the ability to remove a small patch of trees that only uses a couple of Summon Points.

You can decide which one hero suits your style by looking at the table below detailing their strength, HP, intelligence, armor, mana and more.

Having the right unit is important to be victorious. If you more of a hit-and-run type of player then you need to get the Archer, Dryad, and Huntress units as these units have incredible movement speed.

If you rather fight on the front lines then you can build Mountain Giant or Druid of the Claw unit. The table below will help you determine which unit is best to get first depending on its requirements.

There are a lot of structures that are specific to the Night Elf race. Building these structures requires gold, lumber and time.

However, some of the Night Elf structures in Warcraft 3 Reforged require you to build specific structures before you can build the next one.

For example, you need to build Hunter’s Hall and Tree of Ages to be able to build the Ancient of Lore. The table below will tell the requirements of each of the Elf structures.

Here are a few strategies or tips and tricks that will help you improve your experience while playing as Night Elf.

More Dryads
Dryads in large groups work surprisingly well for a hit-and-run playstyle. Using Demon Hunter and Keeper Of The Grove heroes with the Dryads is quite a combination.

Forest Clear
Keeper of the Grove has the ability to clear out a patch of trees that can be used to summon units to take out enemy units trying to ambush you. This also reveals Gold Mines hidden in the forest.

Rush Counter
As I mentioned above, the Night Elf race doesn’t have a strong defense and can easily be rushed early in the game. Using Archer and Huntress units is the best way to counter early rush attempts.

That is all for our Warcraft 3 Reforged Night Elf Guide with tips on the best heroes, best units, how to build, and more. If you are interested in learning more about the game then you can check out our guide on the Orc race in the game.