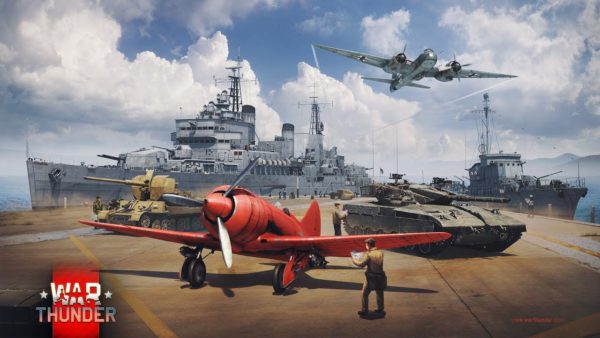 War Thunder PC version is facing errors and issues like Fatal error, Error 30007, crash at startup, high CPU usage, and more. Here we will discuss all of the errors and issues that players are experiencing along with their fixes and workarounds.

War Thunder is a critically acclaimed free-to-play game developed by Gaijin Entertainment. While the game launched back in 2013 and is still going strong but, the PC version of the game is facing errors like Fatal Error, crashes, 100% CPU usage, and more.

The following are the errors and issues that players are experiencing with War Thunder along with their fixes and workarounds.

Players are reporting that when they launch War Thunder they get multiple errors. According to players, the game first tells them the GPU they are using isn’t DirectX 10 or higher compatible then they get the following errors.

There are a couple of fixes for these errors. The first one is simple. Navigate to the game’s install folder. Open Steam > right-click War Thunder > Browse local files > EasyAntiCheat > run EasyAntiCheat_Setup.exe as an administrator. Select “repair service” and let the process complete. This will fix the Fatal error and videomode initialization error.

If this doesn’t work for you then open the command prompt and run it as administrator. Type the following commands and press enter after each command.

Let the scan complete and fix any damaged files. This will fix the errors and the War Thunder will run just fine.

If War Thunder players are just getting a Fatal error at launch then it can be fixed by manually reinstalling the GPU drivers. Also, limiting the game’s FPS can also resolve this error.

A lot of War Thunder players are reporting the Error 30007 while trying to play the game. This error is related to the Easy Anti-Cheat system and is probably popping up due to the Driver Signature Enforcement (DSE) service being disabled.

To fix the Error 30007, open the command prompt and run it as administrator. Run the following commands and press enter after each of them.

Restart your system and then launch the game, the error 30007 will now be fixed.

Some players have reported that War Thunder crashes randomly while running and for some Easy anti-cheat error. Chances are, Easy anti-cheat isn’t the problem here check your GPU for temperature and usage.

If the temperature of the GPU is maxing out and then the game crashes then I would recommend locking the game’s FPS at a lower value. Open Nvidia Control Panel > Manage 3D Settings > Program Settings > select the game > set the value for “Max FPS Limit”. This is a bit of trial and error and players will have to set a value and see at which FPS limit the game stabilizes.

Players have reported that when they launch the game, the CPU usage goes to 100% and the game just crashes at startup. If you are running War Thunder on a laptop with a dedicated GPU or a system with onboard graphics then chances are, the game isn’t using the dedicated GPU.

To fix this, open Nvidia Control Panel > Manage 3D Settings > Program Settings > select the game > select the Non integrated GPU. Apply the change and the game will run on the dedicated GPU and the issue will be resolved.

According to some players, when the launch War Thunder, they get a black screen and their system freezes. This issue is related to certain Windows 10 builds. If your Win 10 build is up-to-date, then roll back to the previous version.

In case you haven’t updated Windows in a long time, then it’s time to update your OS and the black screen issue will be fixed.

For some players, when they launch the game they get the black screen while they can hear the audio in the background. This can be easily fixed by pressing “Alt + Enter”. The game will go into Windowed mode and will start to display.

War Thunder players are reporting random FPS drops, stuttering and general performance issues. Here is how you can fix stuttering and improve the game’s FPS.

First, make sure you have installed the latest GPU drivers and there is no background process running in the background that is using too much of your HDD, CPU, and GPU.

This will fix the stuttering issue and will also improve the game’s FPS. In case this doesn’t work for you, follow the steps mentioned above but set Vertical Sync to “Fast”. This will not only fix stuttering but will also provide you with a potential FPS boost if you have a moderate enough CPU and GPU.

That is all for our War Thunder fixes for errors like Fatal Error, videomode initialization error, 100% CPU Usage, and more. If you are facing errors and issues with other video games or with your PC then also see our hub for commonly occurring PC errors and their fixes.