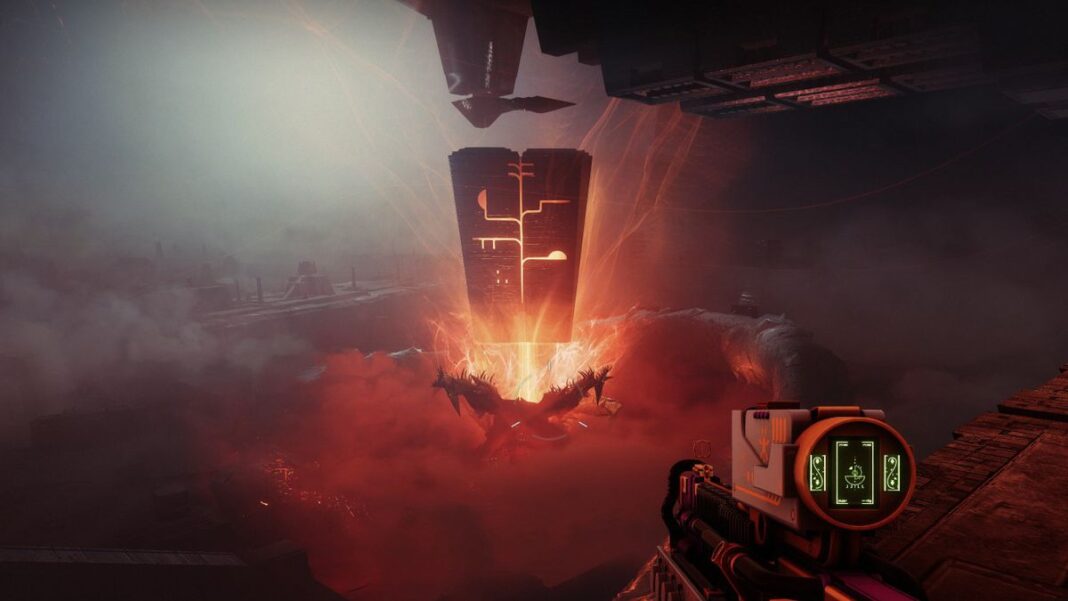 Vow of the Disciple Base Information Raid Challenge

Base Information raid challenge requires anyone in the team to not have more than one symbol equipped at a time. There are multiple methods of doing so but from our experience, the method provided below keeps the flow of the encounter really smooth.

In order to keep the encounter going smoothly, we recommend a 2-2-2 split – one team to stun the Caretaker, one team on add-clear duty, and the last team to grab the symbols.

Send in 2 people to grab one symbol each. After both the persons shoot their symbols, they should go in one after the other – one person should stay outside to door and only go in after the other person comes out. Just keep on doing this until all the symbols have been shot. If one person has a lot of stacks of Pervading Darkness, waiting for like 5-10 seconds should do the trick.

Another thing to keep in mind is that this must be done during all three phases. It is all fairly simple and should not take more than 2-3 attempts. Just ask the symbol-team to not have more than one symbol at any given time. Like stated earlier, there are multiple methods of completing the raid challenge. The team can also send in 4 people at the beginning and have the remaining 2 on the stunning the Caretaker duty.

For the Master Mode, we recommend two Voidlocks with Contraverse Hold on add-clear. These players need to have Overload Grenade, Lucent Finisher, a Volatile Rounds SMG like Funnelweb, and Witherhoard in order to clear all the trash in the most effective manner.

All that these players need to ensure is to use Lucent Finisher on at least 1-2 Overload Champions to generate Power Ammo for the team. It is also a good idea to have a separate Class Item with Special Finisher to make some Special Ammo for Witherhoard. Also, note that since a single Witherhoard can be applied to the boss, the other player should switch to something else like a Heritage to DPS the Caretaker.

As for the Glyphs, we do not recommend more than 2 people doing that. Just go in one at a time, grab one symbol, open the door when required, and clear any stragglers left behind by the add-clearers.

Another tactic that can be used is to have the Warlocks equipped with new Stasis gloves (Exotic) that provides 2x Coldsnap Grenades and use the Bleak Watchers to keep the Overload Champions stunned throughout the encounter – only kill them before the DPS phase. This will, however, prevent the team from taking advantage of Lucent Finisher which is literally the most OP seasonal mod in Destiny 2 right now.

It might take a couple of tries but it is one of the easiest challenges in the Vow of the Disciple raid. Once completed, the player will get a random Adept weapon and a chance to earn some Enhancement Prisms or an Ascendant Shard. It is also needed to earn the raid seal, Disciple-Slayer.

This is all we have got in how to complete the Base Information raid challenge in the newly released Vow of the Disciple raid. Feel free to check out our detailed Destiny 2: The Witch Queen wiki page.