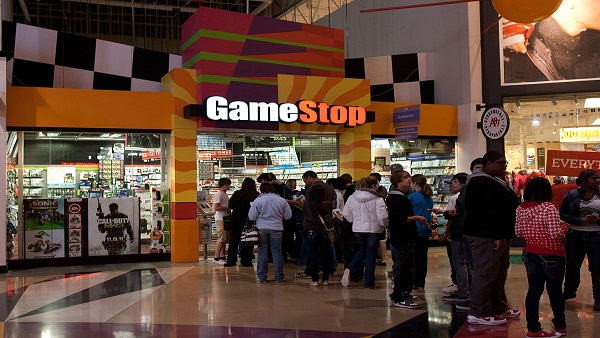 GameStop has been around for decades in the gaming industry. But over the years this video game retail giant has lost its market share and millions in share value. According to our prediction, at this rate, Gamestop might not see the next-generation of consoles. The company might be the “Blockbuster” of the gaming industry, suffering the same fate.

Back in June 2019, GameStop saw its biggest drop as nearly 30% share value plunged in premarket trading. The retailer reported a 13.3% drop in the first-quarter revenue and a 10.3% decline in sales.

GameStop was forced to remove its quarterly dividend to save around $157M a year. But the situation is getting worse for GameStop.

At the start of this console generation, GameStop traded its shares at nearly $60. In November 2013 GameStop shares peaked at $55.88. Since then we are seeing a downward spiral with minor jumps in share value every now and then.

By the end of trading on August 1, 2019, GameStop ended the day with $3.84. The main cause is the lack of console and video game sales from GameStop. Throughout this generation, an alarming rise of digital video game sales killed GameStop’s share value. 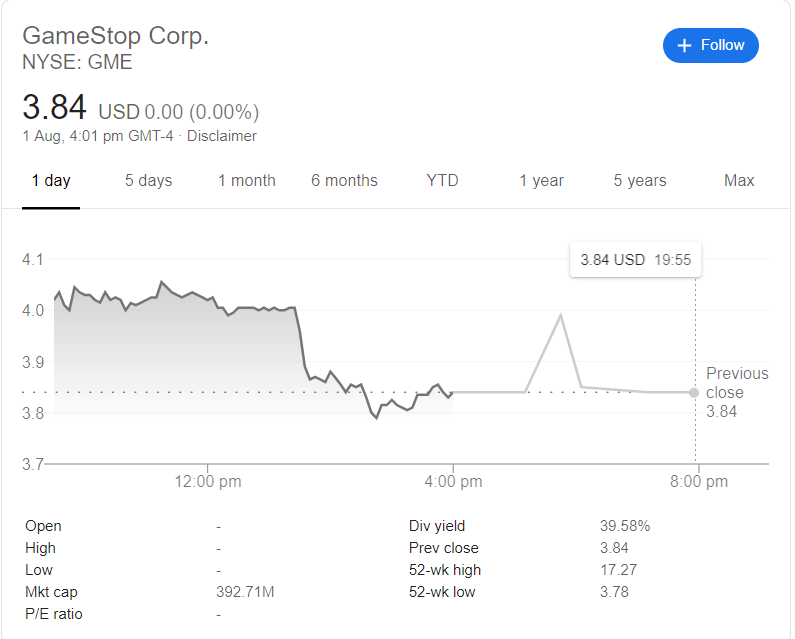 By the end of 2018, U.S digital video game sales amount to 83% of overall sales. Gamers do not wish to wait before getting their hands on a new game. Digital downloads give them instant access to new games. In contrast, only 17% of all gamers went for physical copies by the end of 2018. In this drastic change from the decade ago when 80% of games were sold in physical form. 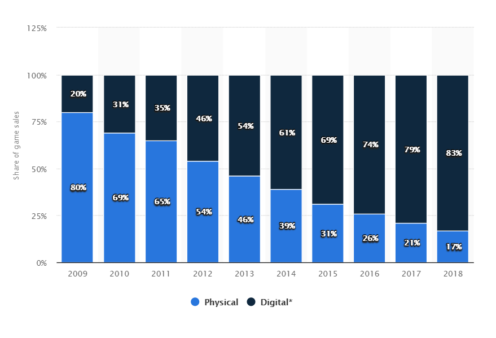 The situation isn’t any better elsewhere; the latest numbers show 80% of all video game sales in the U.K are now digital. The Entertainment Retailers Association said of the £3.86bn generated in 2018, £3.09bn came from digital video game sales. The revenue number includes microtransactions and DLC, subscription services, pay-2-play as well as individual game sales.

The Dawn of Streaming Services

If GameStop would have stuck around with streaming for a few more years, it may have been in a better position right now. All major players in the gaming space are working on streaming services which strongly suggests that the future is all-digital; Microsoft xCloud, Google Stadia, and Sony’s push for PS Now with PS5.

GameStop is struggling to find its place in the changing landscape of the video game distribution market. At this rate, GameStop might not survive next year. It might not live to see the next-generation of consoles. The company laid off 50 employees including regional managers, district managers, HR staff, loss prevention managers.