RespawnFirst
Home Guides Destiny 2 How to Complete Out of Its Way Raid Challenge in Vault of... 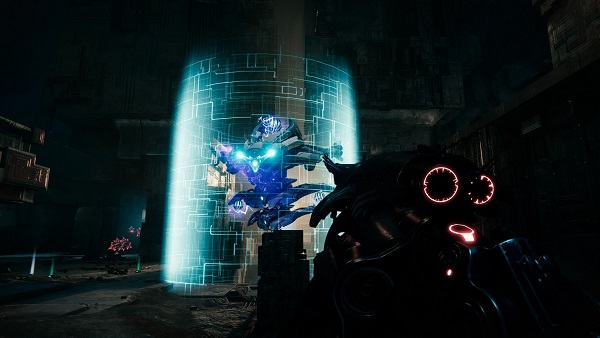 Destiny 2: Vault of Glass Out of Its Way Raid Challenge

In order to complete the challenge, Templar cannot be allowed to teleport at all – Guardians must work together to block all of them. Do note that the faster the Templar is nuked, the easier the challenge becomes. There are a couple of methods to nuke him in about no time:

How to Complete the Challenge

In order to complete the Templar challenge, begin the encounter as normal. Assign one Guardian to pick up the Relic and let him gather Super. The remaining Guardians should focus on destroying three Oracles that appear.

Once all three Oracles have been destroyed, place down a Well of Riddance with Lunafaction Boots somewhere near the Rally Flag or on one of the adjacent platforms. Let the Guardian with the Relic use Relic’s Super to bring down Templar’s immunity shield. Once his shield is down, use Anarchy to apply Breach and Clear, use Supers, and go to town with Slug Shotguns, Null Composure, etc.

Relic-holder should bring Templar’s shield down and run around the area to stop Templar’s teleports. However, he should not be the only one responsible for doing this. Here’s why:

How to Block the Teleport

There are a total of 4 areas where the Templar can teleport – 2 on the right, 2 on the left, and 1 in the middle. The area where Templar is about to teleport is denoted by a large red ring. In order to block the teleport, one Guardian (preferably the Relic-holder) should stand inside that circle for a couple of seconds.

Try to burst the Templar down and do not worry about the second wave of Oracles. If unable to kill the Templar in time, all Guardians should go to the middle in order to cleanse before the Ritual of Negation. We will also have a small video detailing the challenge from the Relic-holder’s PoV in a few hours.

This is all we have got in how to complete the Out of Its Way raid challenge in Vault of Glass. For more help on the game, feel free to check out our detailed Destiny 2: Season of the Splicer wiki guides.