Home News Valorant For PS4, Xbox One, and Mobile Being Explored: Dev 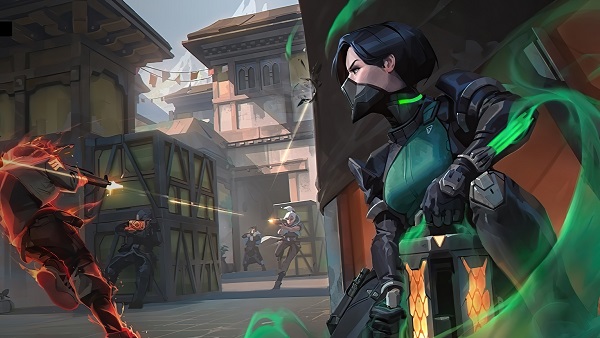 Valorant for PS4, Xbox One, and even mobile is not out of the question, says game director Joe Ziegler. Speaking in a recent interview, Ziegler said that the team is “exploring platforms like console and mobile.” While this is an exciting development, don’t expect it to happen anytime soon.

Ziegler went on to say that the development is focused on the PC version of Valorant. While console and mobile versions may happen at some point, they aren’t shifting focus from PC at the moment.

Valorant for PS4, Xbox One, and Mobile

Valorant is Riot Games’ first-ever FPS title that aims to take on the likes of CS: GO. It is clearly designed for eSports and the hardcore FPS community. It mainly targets Counter-Strike players in hopes of getting recognition, which it has. However, there is a major concern surrounding Valorant and at some point, Riot Games might have to bend the knee to its critics.

Valorant’s anti-cheat system, Vanguard, is highly intrusive. It is borderline malware and opens up the possibility of data theft and hacking. Vanguard has top-level access to your PC and it runs in the background all the time. There is a detailed Reddit thread that explains how it’s dangerous to your privacy. The only way around this is to uninstalled Valorant Vanguard from your PC. It is to be noted that uninstalling Valorant won’t remove this anti-cheat, instead, it must be manually uninstalled.

While things can go seriously wrong on PC, releasing Valorant on PS4 and Xbox One won’t be a problem. Since users can’t manipulate PS4’s OS to install hacks for Valorant, Riot’s Vanguard isn’t required. Although the developer might still use it, the operating systems on console work differently than PC which minimizes the risk.