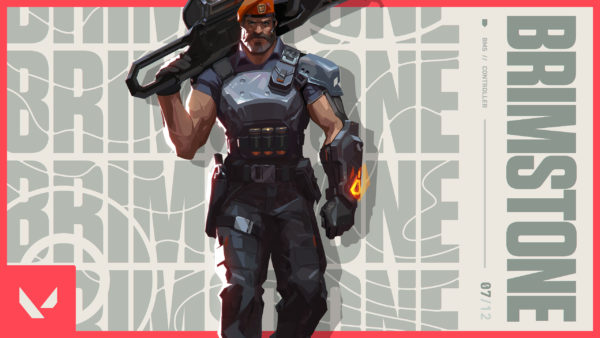 Our Valorant Brimstone Agent Guide will help you with the best tips and strategies for the agent so that players can effectively use its abilities and win.

Brimstone is an agent that has the best of both worlds. This agent not only specializes in supporting allies but can also deal significant damage using orbital weaponry.

In this guide, we will breakdown all of the Brimstone’s abilities and how you can use them effectively in order to win.

The following are all of the abilities that Brimstone has at his disposal along with what these abilities can do and what they cost.

Brimstone Tips And Strategies – How To Win

As I mentioned above, Brimstone has orbital weaponry at his disposal that he can use to support teammates and deal damage to enemies. He can support allies and is also capable of dealing damage.

Stim Beacon will greatly help the team in the beginning as it increases fire rate, reload speed, and recoil spread recovery. However, be mindful of where you place the beacon as enemy teams can also benefit from the beacon. The best time to use the beacon is when the entire team is planning to rush the enemy team.

Using the Sky Smoke ability, keep in mind that players need to use it in the area where it can actually help the team. This ability is very effective in blocking the part of bombsites. If you plan to push the enemy team, do use this ability to block the enemy team’s vision. Combine Sky Smoke with Incendiary. Throw the incendiary grenade in the smoke to punish players who try to go through the smoke.

As for the Orbital Strike, this one the ultimate ability for Brimstone. The best time to use this ability is when the enemy team is trying to defuse the bomb or in an area that is very difficult to escape especially if the entire team is in that area. Any opponent caught in the blast will be dead, so the more difficult you make it for them to escape the better the chances that they’ll get caught in the blast.

That is all for our Valorant Brimstone Agent Guide with tips on the agent’s abilities and how to effectively use them in order to win. For more on the game, also see our Omen Agent Guide and Cypher Agent Guide.