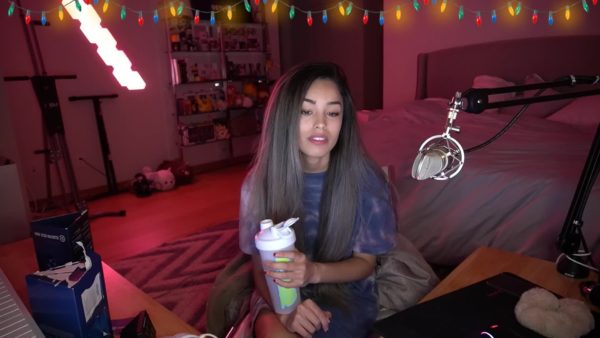 The Alinity dog crotch sniffing issue is getting pretty heated as streamers are commenting on the issue. Valkyrae has also commented on the issue and has implied that Alinity lets her dog sniff her crotch. We cannot be certain of what she is implying here and it is possible that things go beyond just sniffing.

The following is what Valkyrae said about the Alinity matter during a streaming session:

This is not the first time that Alinity has been under fire. She was accused of abusing her cats as well a while back. Interestingly people have reported this to PETA and the organization wants Alinity banned from Twitch. While that might be the case, Twitch is yet to take any kind of action against the streamer.

It is clear that Alinity is getting special treatment from the guys over at Twitch. We are not sure why that is the case but reports claim that she has some kind of dirt on the administration at Twitch. While that is the case, people like Twitch Creative Director also want the streamer banned from the platform. He mentioned that he has no say in the matter but he feels that Alinity should be banned from Twitch keeping in mind what has been going on over the past couple of weeks.