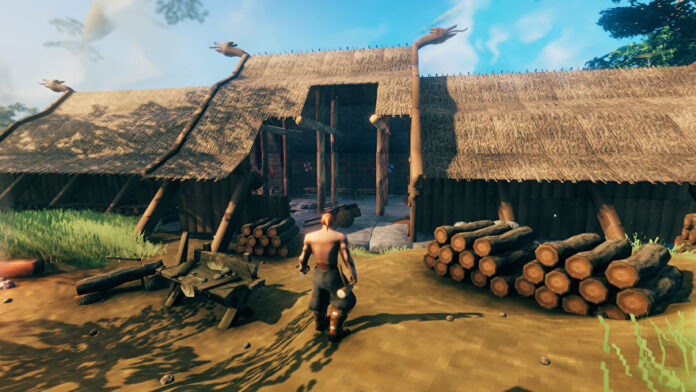 Players have to fight and survive in Valheim as a Viking and it’s not possible without resources. Iron is one of the resources that players have to mine in the game. In the Valheim guide, we will help players with where to find the iron and how to mine it.

Where To Find Iron In Valheim

Most of the game players will be using Bonze by mining copper and tin and smelting them. Iron is a very good replacement for a little less grind. Once players have defeated the second Forsaken, the Elder, they’ll be able to travel into the Swamp inside the Black Forest.

This area is thought so be prepared when you enter in order to fight Draugrs. In this region, players will find Iron. One way to obtain iron is the Swamp Crypt. These crypts have a distinct look with green torches.

Players will find these Crypts in the Swamp biome but, players need to have a key to unlock the crypt. The key can be obtained by defeating en Elder and players can farm the Elders for multiple keys. The iron will be inside these crypts in the muddy scrap piles.

Another area where players can find Iron is the Mountains near the Black Forest and Meadows. Since players will find thought enemies like wolves and Dragons, it’s better that players go to the Mountains after defeating the Bonemass.

Players will also come across Surtlings, which are creatures made of fire. These creatures are often guarding Fire Iron. This is another source of Iron.

That is all for our Valheim guide on where to find the Iron. For more on the game, also see our How to Stay Warm and How to Set Up a Dedicated Server.