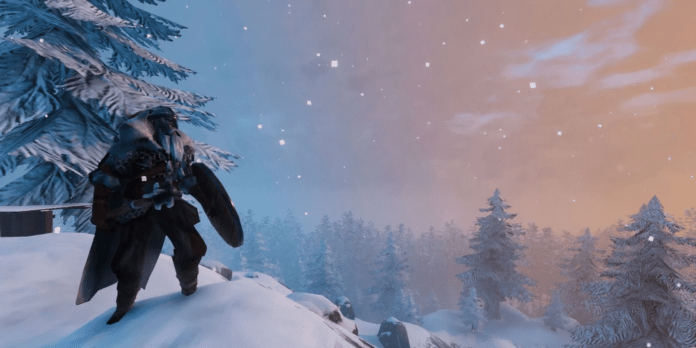 Valheim offers a lot of stuff for the players to do and create. This also includes armor sets, which the game has a lot of. In this Valheim Guide, we will help players with all of the armor sets in the game, the resources required to craft them, and how to craft these armor sets.

Armor protects the players against incoming attacks from predators and creatures. As players progress through the game, they’ll be able to craft new types of armor sets granting them more protection against enemy attacks. The following are the armor sets that players can craft in Valheim along with the resources required to craft them.

Leather armor set is the first armor that players will be able to craft. It doesn’t provide much protection but it’s better than the attire the players start the game with. Once players have the workbench, they can craft the Leather armor set. All of the components of this armor set require Deer hide except for the cape as it also requires bone fragments that players can gather by defeating a few skeletons.

Players will be able to craft Toll Hide Armor once they get to the Black Forest. As the name suggests, players have to defeat Trolls in order to obtain their hide which is a challenge. However, the effort is worth it as the players receive a +25% increase in the sneaking skill if they wear the entire set.

To be able to craft a Bronze armor set, players first need to gather lots of copper and tin and smelt it down into ingots. Once you have enough ingots for both Tin and Copper, then players can create Bonze using the Forge. Using Bronze players can craft the Bronze armor set. Since its metal armor, it’ll reduce movement speed. However, it’s very strong compared to Troll armor. Also, this set doesn’t have a cape.

Players need iron in order to craft the Iron Armor set. First players need to find and gather iron so checkout out our How To Find Iron Guide. Players will find Iron in the Swamp which is a difficult area. This armor set also doesn’t have a cape and reduces movement speed by 5% for every piece the player equips.

Wolf Armor grants players frost resistance and players can traverse the Mountains. Alternatively, players need to brew frost-resistant mead but that only lasts for 10 minutes. The Wolf Armor set will protect players against the frost as long as they wear it. Also, this armor set doesn’t have a helmet.

However, this armor set also requires Silver to craft which is a rather rare resource in the game. Not only that, players need to use the Wishbone to find Silver. Wishbone can be obtained after defeating the Bonemass.

Padded Armor Set is the final and the best armor set players can craft in Valheim. Players need Flax to craft this armor set. However, players need to fight and defeat Fulings in the Plains biome. Note that Fulings aren’t easy to defeat due to their sheer number. The drain stamina by swarming the player.

Players have to go to the villages these Fulings have settled to acquire the Flax. Then bring it back to the spinning wheel and convert it into Linen Thread. For a spinning wheel, players first need to defeat the fourth Forsaken boss ‘Moder’ and acquire the Dragon Tear.

That is all for our Valheim Armor Sets Guide with tips in all the armor sets available in the game along with the resources requires and how to craft them. For more on the game also see our How to Unlock the Stone Building and How To Increase Poison Resistance.