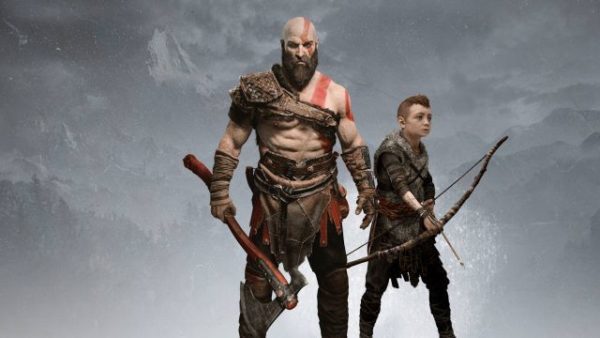 For a while now we have been hearing about Santa Monica Studios hiring new employees and reports claimed that the studio is working on the next God Of War game. It is not surprising keeping in mind how successful the current one is and how many players enjoyed it. Now we have some new information regarding the upcoming God Of War game which is expected to release on the PS5.

An informant that works at the studio gave us a few hints regarding the game and mentioned that the upcoming God Of War is going to feature a much Older Kratos and Atreus.

He mentioned that the new game is going to pick up a few years after the current one and that Kratos is going to have some white hair for sure.

He also mentioned that the current game has only laid the grounds and there is a lot that Santa Monica Studios wants to explore. While he did not go into much detail, he did mention that the big names mentioned in the current game have a major role to play in the upcoming God Of War title. This might imply that we could see more of the norse gods in the upcoming game.

From what we have heard, the game is going to be one of the early launch titles for the PS5. At least that is what Santa Monica is aiming for. Microsoft is releasing Halo Infinite for the Xbox Scarlett so it makes sense that Sony is going to try and release a major console selling game for the PS5.

While the aim is to release the next God Of War alongside the PS5, it is not unreasonable to assume that the game could be delayed to early 2021.

I hope that Santa Monica does things right and releases a complete game rather than trying to rush things. We should know more about the development of the game in about 8-10 months if not sooner.

Reports do claim that we could get the official announcement for the PS5 in February 2019. If that is the case then we might hear about the upcoming God Of War as well.

Just like the current game, the new one is going to have seamless gameplay. You will only have to sit through the initial loading screen and that is it. There will be no loading screens between the gameplay and the cutscenes.

From what we have heard the game is not going to support 8K at launch. Santa Monica are aiming for 4K 60 FPS. A higher resolution mode might be released afterward but that is not going to be available at launch.

The Game To End It All

From what we have heard, the upcoming God Of War game is going to be the last one in the franchise. It is going to tie up some loose ends and is going to answer questions that fans have had for a long time.

It is worth pointing out that this is not official information from Santa Monica Studios and that the game is most likely far from complete. So things can change.