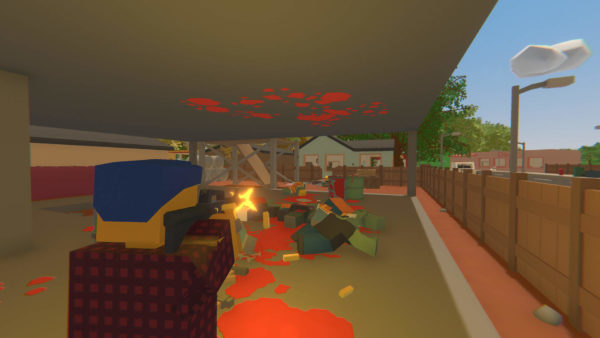 Unturned PC is facing errors and issues like insufficient resources, crash at startup, BattlEye failed to initialize, and more. Here we will discuss all of the errors and issue with the game along with their fixes and workarounds.

Unturned is a free-to-play survival game. While the game looks simple but, has incredible depth to it. However, Unturned PC players are facing errors and issues like BattlEye not initializing, crash at launch, stuttering, general performance issues, no audio, and more.

Unturned players are experiencing the “Insufficient System Resources” error which is not letting them play the game. The following is the full error.

This error is related to the BattlEye. Chances are players have installed Unturned in a folder which BattlEye can’t access due to folder permission. Try changing the game’s location or change folder permissions and the error will be fixed.

Since Unturned uses the BattlEye anti-heat system, players are experiencing the Generix Errors for the service where the BattleEye fails to start and won’t launch the game.

There are multiple reasons behind this BattlEye error. One reason for this error could be your anti-virus or Windows Defender. Disable your anti-virus software and if it’s blocking the service, then the error will be fixed and the game will launch.

If this doesn’t fix the BattlEye failed to initialize error, then the issue might be other game-related services running in the background. Clients like Uplay, Steam, EA Origin and other video game services use the same framework. If multiple of them are running in the background, they cause this error. Just kill any services or clients you aren’t using for Unturned and the error will be fixed.

Another reason for BattlEye to not launch could be that you don’t have the latest version of the software. To update the services make sure the game itself is updated and also verify game files.

Some Unturned PC players are experiencing the Fatal Application Error related to memory when they try to launch the game. This is probably due to the system not being restarted or shut down for a long time. Just restart your system and the Fatal error will be fixed.

According to players, when they launch Unturned it either doesn’t launch at all or just crashes at startup. There are multiple reasons as to why the game is crashing at launch.

One reason for a game to crash at startup or not launch at all is the lack of administrative rights. Make sure you are running the game on a Windows account with admins rights. Right-click the game’s exe > Properties > Compatibility tab > check “Run this program as administrator”. Apply the change, launch the game and the game will work fine.

Some Unturned players are reporting an audio issue with the game where they can’t hear anything. There are a couple of fixes for this issue.

If the game is still not outputting any audio then the Realtek audio driver might be the issue. Open device manager, under “Sound, Video and game controllers”, delete the “Realtek High Definition Audio”. Restart your system, launch Unturned and the audio issue is now resolved.

Players are reporting that they are experiencing the Disk Write Error while downloading the game or updating the game. The following are the fixes for this particular error.

A lot of Unturned players are reporting that they are experiencing low FPS, random FPS drops, and stuttering while playing the game on PC. Here are some general performance fixes for the game.

First, make sure you have installed the latest GPU drivers and there is no background process using too much of your HDD, CPU, or GPU. Launch the game and see is the performance issues are resolved.

As for AMD users, this can be done in Device Manager. Under display adapters, disable the integrated GPU option.

If the above is not the case with you then, disable in-game v.sync and close the game. Open Nvidia Control Panel > Manage 3D Settings > Program Settings > select the game from the menu. Make the following changes.

Apply these changes and launch Unturned. Stuttering and FPS issues will not be resolved.

In case this doesn’t fix the performance issues then follow the steps mentioned above but set Vertical sync to “Fast”. Launch the game and it should be running in Fullscreen mode. This will not only fix stuttering but, will also provide a potential FPS boost if you have a moderate enough CPU and GPU.

That is all for our Unturned fixes for errors like insufficient resources, missing executable, BattlEye Failed to Initialize, and more. If you are facing errors and issues with other games or your PC, then also see our hub for commonly occurring PC errors along with their fixes.